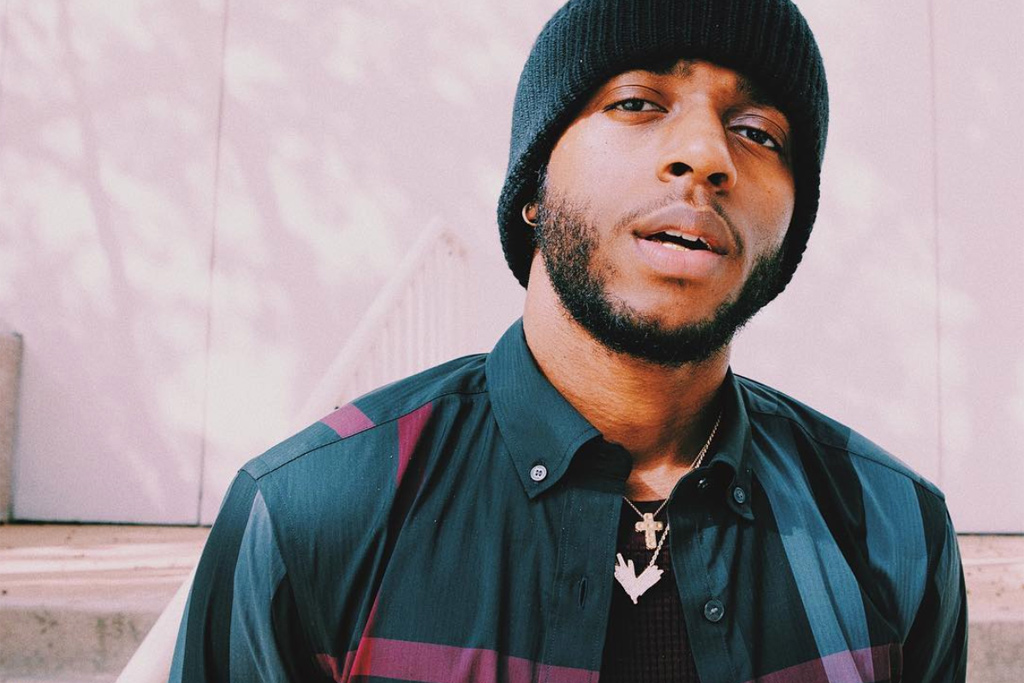 Buzzing singer/rapper 6LACK drops 3 new gifts for fans with a trio of bonus tracks off the recently re-released version of his breakout 2016 album FREE 6LACK.

In honor of the project’s one-year anniversary, the Atlanta native sways on his Alt-RnB side with the tracks “Glock Six,” “In Between” featuring BANKS, and the T-Pain-assisted “One Way.”

On “Glock Six,” 6LACK gets deep into a criminally strong love, which has him fully immersed in his feelings. “Exhale my name, then you absorb my soul every time that you breathe in,” he sings. “Take off that dress, lay your heart on my chest / I think I wanna keep it.”

On “In Between” BANKS harmonizes with 6LACK about a fading relationship which appears sweet from the outside, but is breaking within. “I’ve always tried to say / That every something fades,” they sing together. “I’m livin’ in-between / Already tried to leave.”

Teaming up with T-Pain on “One Way,” 6LACK and Teddy croon about dropping everything to take a flight to be with a lover. “You might have to catch a plane for this / You gon’ have to say my name for this / ‘Cause usually, I don’t do no flying out / But something feel different this time (this time),” sings 6LACK.

6LACK is currently finishing up his headlining “FREE 6LACK Tour,” which wraps up in Tampa, Florida on November 29.

Take a listen to all 3 new tracks below.