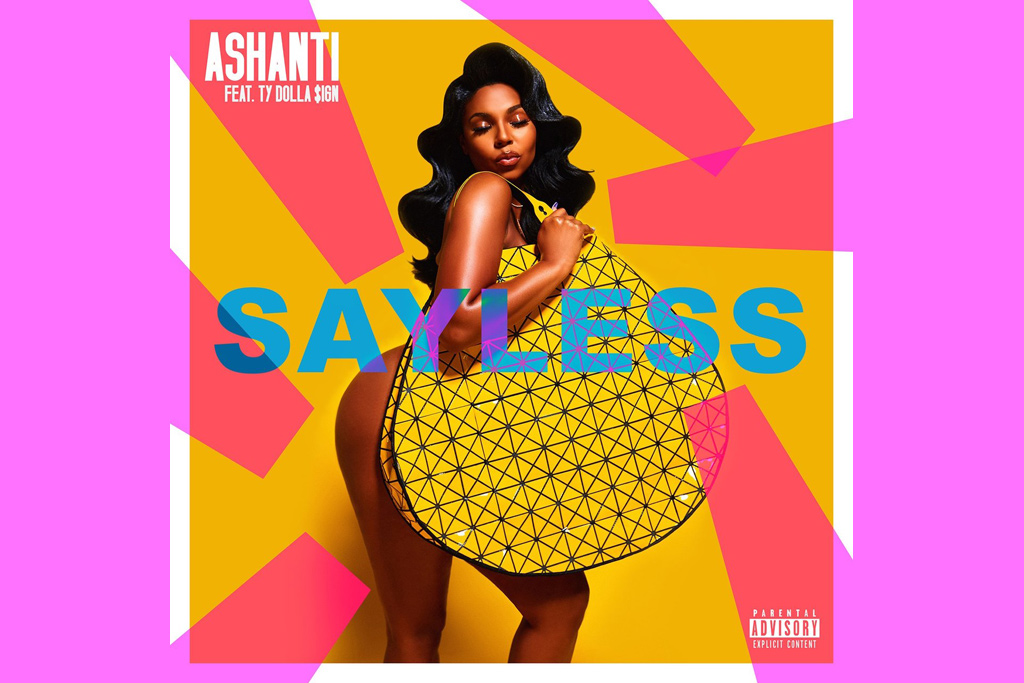 Say yes, Ashanti is back!

After previously teasing the song to TMZ, the songstress has surprisingly returned with her brand new single “Say Less” featuring Ty Dolla $ign.

Over DJ Mustard’s bouncy production, Shanti harmonizes with Dolla on the West Coast bop. “I’ma put that good on you / Like a woman should on you,” she sings. “That lil’ engine that could on you / Make that thang go chugga, chugga, chugga.”

Dolla slides through with his own soothing vocals, boasting about his ice and taking your girl. “Pull up to the party / Jewels all on my body / Your chick on my body / And they can’t tell me nothin’,” he sings.

“Say Less” is the first single from Ashanti’s forthcoming album, her first since 2014’s BraveHeart.

Over the weekend, Ashanti and Ja Rule launched their latest co-headlining tour, which is set continue through Jan. 13 in Worcester.