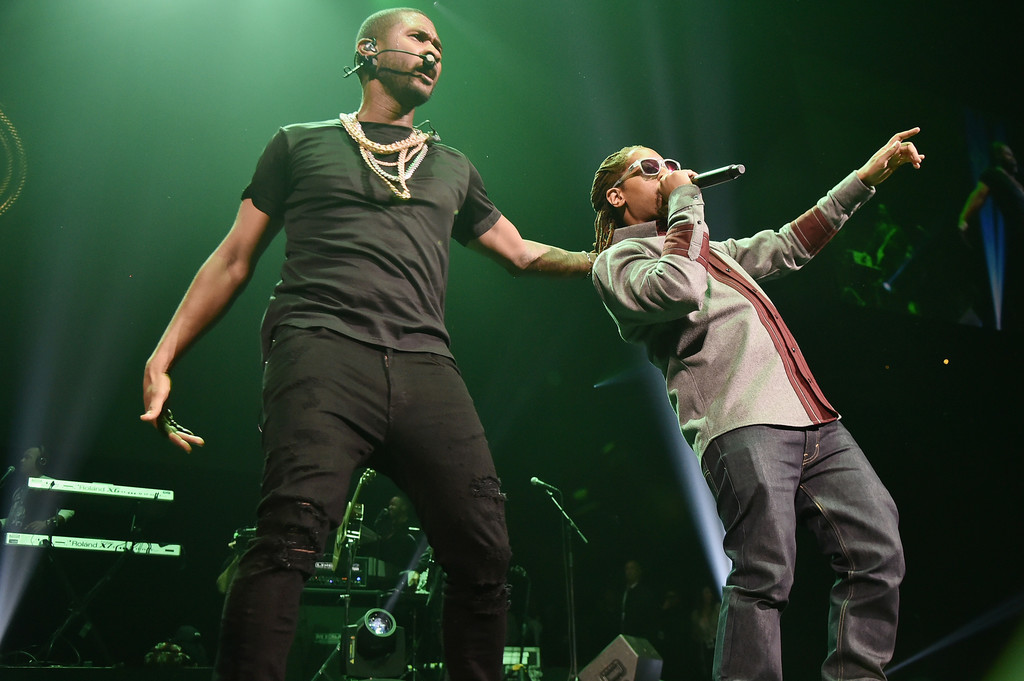 Usher and DJ/producer/artist Lil Jon have been a dynamic pairing over the years.

The collaborators gifted the music world with the 2004 anthem “Yeah!” featuring Ludacris, and followed up with “Lovers and Friends.” Now, Usher and Lil Jon are back in the studio together again, and could possibly have some “special” new music on the horizon.

On Monday, Lil Jon posted an image of himself in a Los Angeles studio accompanied by Usher and DJ Kronic. “7AM N THE STUDIO,” he wrote, tagging his studio company and the peanut butter brand Skippy. “WE UP TO SOMETHING.” Lil Jon holding up a jar of Skippy peanut butter might hint at a possible collaboration between the brand, Usher and Jon.

A few days prior, Jon posted a series of photos of him and fellow Usher collaborator Jermaine Dupri in the studio, teasing that the two producers were “working on something special.” As for Usher, the R&B star was spotted in the studio with Dupri back in August, where Dupri captioned the photo “C 3,” leading many to believe that the third installment of the Confessions series is imminent.

JD BROUGHT ME INTO THE MUSIC BUSINESS TO WORK FOR SO SO DEF IN 93. NOW ALL THESE YEARS LATER AFTER ALL THE THINGS WE BOTH HAVE DONE IN THE GAME WE R IN THE STUDIO TOGETHER WORKING ON SOMETHING SPECIAL ??