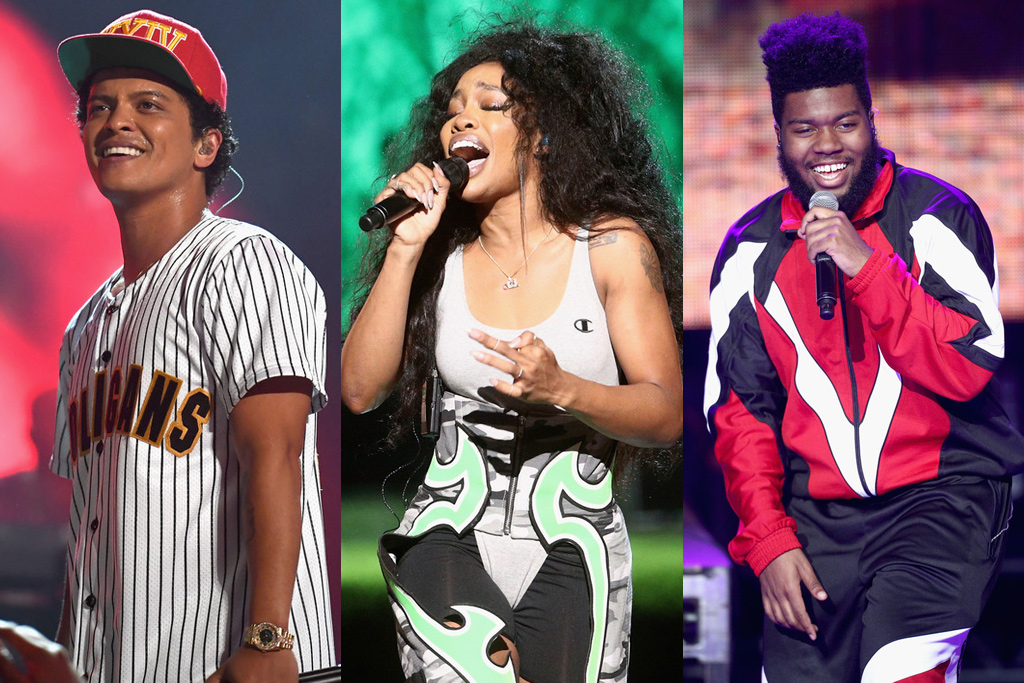 The 60th Annual GRAMMY Awards are going for the gold with their recently announced list of performers. Music’s Biggest Night will be bringing some major star power to the stage at this year’s broadcast, their first in New York City since 2003.

Today (Jan. 10), the Recording Academy announced that 5x Grammy winner and current nominee Bruno Mars with current nominee Cardi B will bring their viral “In Living Color” inspired music video for the “Finesse (Remix)” to the stage for the very first time.

First-time nominee SZA will also be gracing the stage on a night when she’s up for five trophies, including Best New Artist, Best R&B Performance for “The Weekend,” Best R&B Song for “Supermodel,” Best Urban Contemporary Album for Ctrl, and Best Rap/Sung Performance for “Love Galore.”

Fellow first-timer Khalid will hit the stage with Grammy nominees Logic and Alessia Cara, along with suicide attempt and loss survivors that were selected by the National Suicide Prevention Lifeline. They gave a similar performance at the MTV Video Music Awards and then again at the Latin Grammys. Their collaboration “1-800-273-8255” is up for Song of the Year and Best Music Video.

The new crop of performers joins a roster that already includes the previously-announced Childish Gambino, Lady Gaga, and Pink, among others.

R. Kelly Previews New Song "Born To My Music" with Tyrese on Guitar