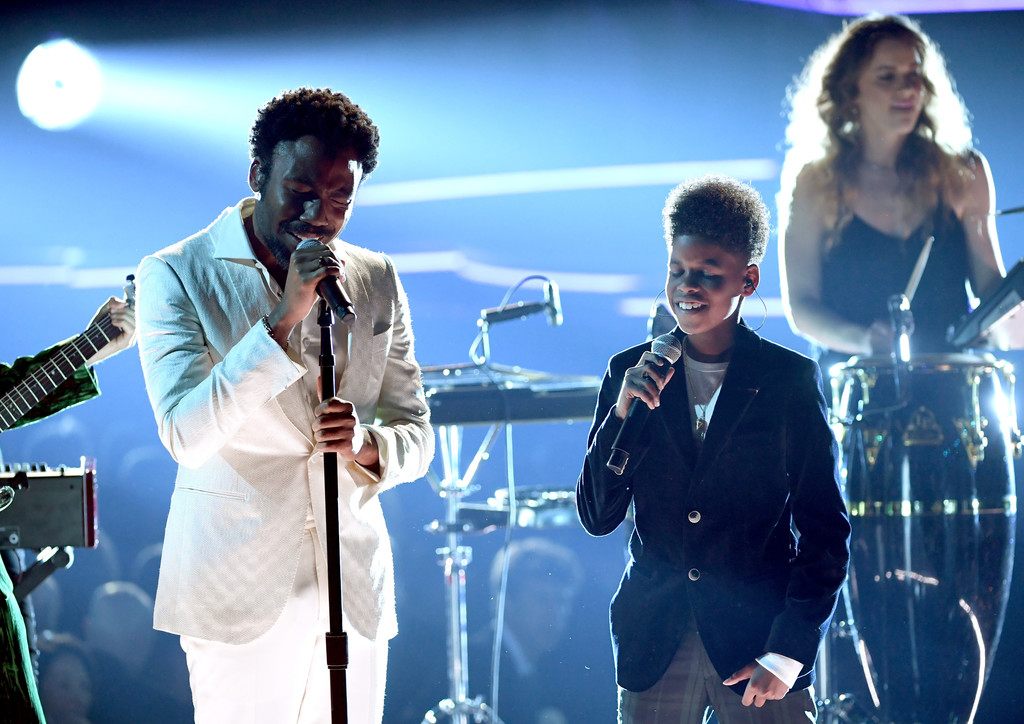 After taking home the award for Best Traditional R&B Performance–for his smash hit “Redbone”–Childish Gambino graced the small stage at the 60th GRAMMY Awards on Sunday.

The actor/artist was dapper in an all-white suit and joined by his band for an unexpected performance of the soulful Awaken, My Love track “Terrified.”

Rising star JD McCrary, who is featured on the song, also showed up to lend a hand as the singers ended with a powerful vocal performance, harmonizing amid blue lights.

It was a special set because it also worked as a sign of things to come. Soon, Glover and McCrary will both play the role of Simba in the 2019 Lion King reboot, which is also set to star Beyoncé, James Earl Jones, and Seth Rogen.

Watch his performance below.