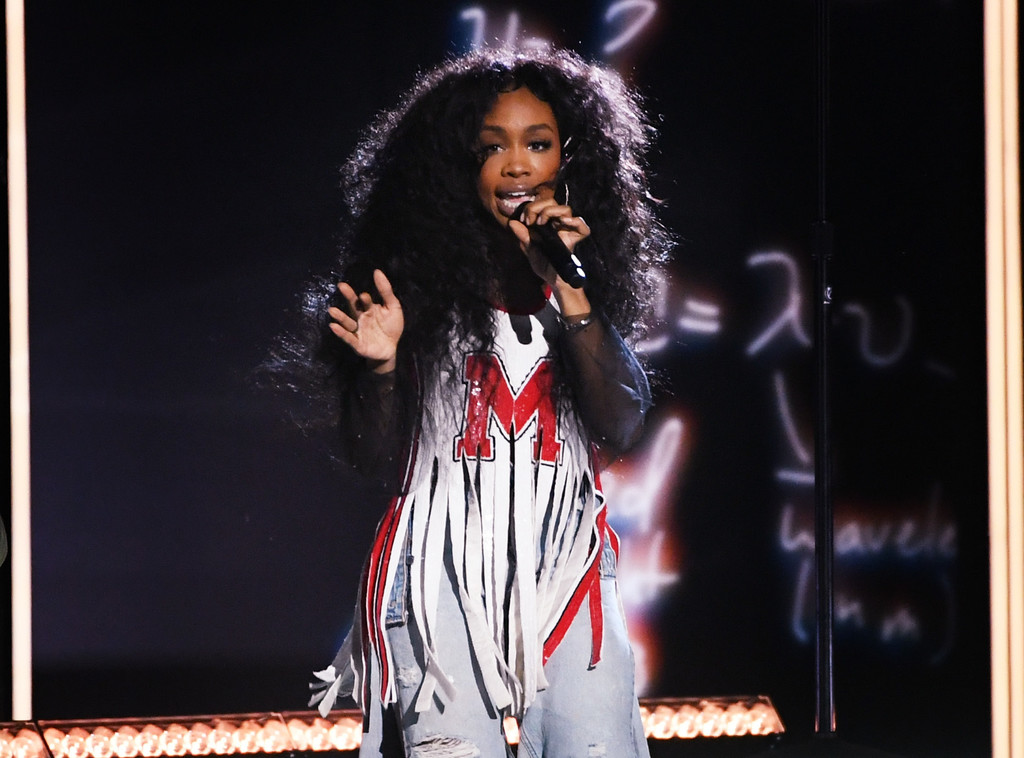 One of the most anticipated performances of Music’s Biggest Night came from breakout TDE songstress SZA, who was the most nominated female artist (5 nominations) at the 60th GRAMMY Awards.

While her nominations came for songs including “Love Galore,” “The Weekend,” and “Supermodel,” the singer/songwriter chose to perform the track “Broken Clocks,” off Ctrl.

Dressed in a distressed jersey and ripped jeans, Solana belted out the popular track, which recently got President Barack Obama’s stamp of approval. The set also featured a group of backup singers, a live band, and large screens with dynamic images of trees.

Hair flowing in the air, SZA delivered an emotional performance as the New York crowd roared in approval and sparks fell behind her.

Watch her “Broken Clocks” performance below.