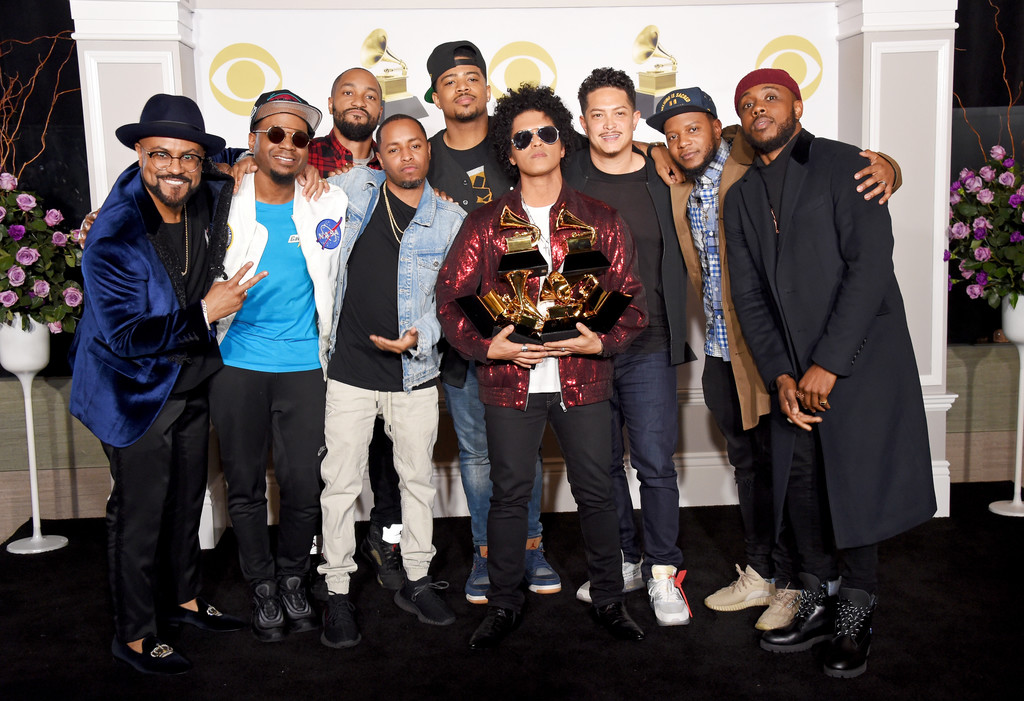 Bruno Mars successfully foreshadowed all the gold with the title of his outstanding album 24k Magic. On Sunday night (Jan. 28), all the hard work and year of touring paid off when he took home each of the 7 awards he was nominated for at the 60th Annual GRAMMY Awards.

Bruno reflected on his journey as a musician during his final speech. He recalled as a youth performing songs that were written by the likes of Babyface, Jimmy Jam & Terry Lewis, and Teddy Riley when he was younger. “I’d like to dedicate this award to them,” he said. “They are my heroes. They are my teachers. They laid the foundation. This album wouldn’t exist if it wasn’t for these guys…and you know I had to sprinkle a little Mars sauce on it.”

In addition to winning all of the hard wear, Bruno joined forces with Cardi B for an explosive performance of their smash collab, “Finesse.”