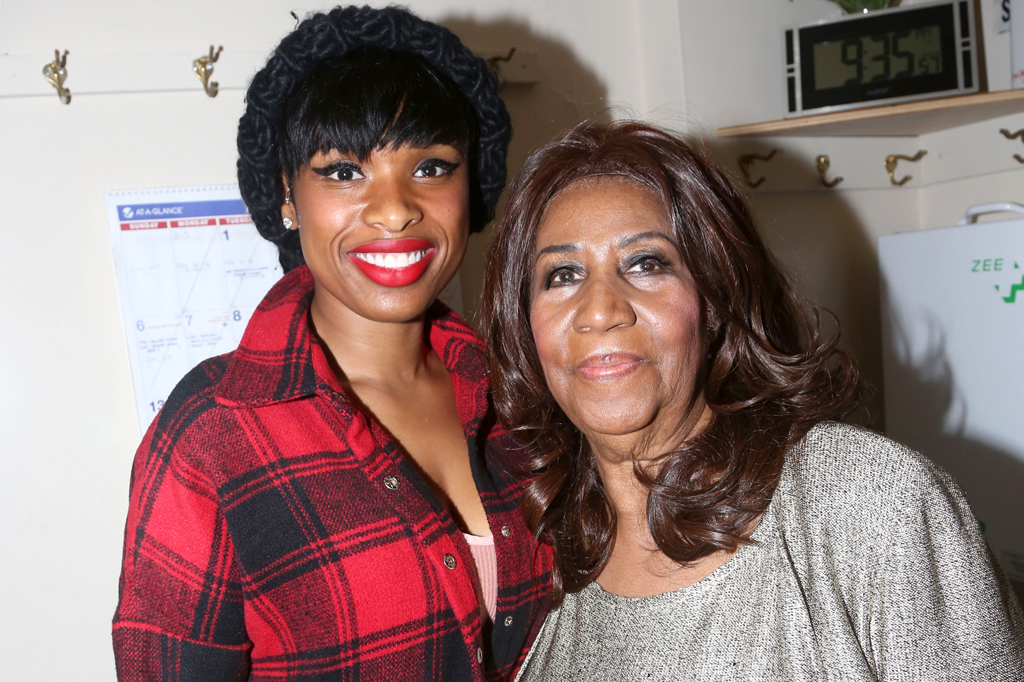 You better show her some RESPECT.

Over the weekend, Clive Davis confirmed that Jennifer Hudson will be taking on the role of Aretha Franklin in an upcoming biopic.

“When the biopic of the great Aretha Franklin is filmed next year, the artist anointed by Aretha herself to play her is the next performer,” said Davis (via Rolling Stone) at his annual pre-Grammy gala. “Aretha personally told me that last week.”

Davis, who has worked with both Hudson and Franklin, showered J-Hud with praise, comparing the soulful songstress to Adele, before her medley of Aretha classics “Think,” “Rock Steady,” and “Respect.” “This artist to us is a transcendent performer,” he added. “She stops any and every show she’s in. Her voice is truly incredible. When they ask, ‘Where’s the next Aretha, where the next Aretha will come from?’ I say it’s [Hudson]. She’s in the studio right now recording what I hope will be a classic album… she’s in the tradition of Adele, she’s a singer’s singer.”

In the past, Hudson honored Aretha at the Grammys (2011) and BET Awards (2014). In 2014, Franklin said that she and singer Audra McDonald were on her shortlist for the part. Additionally, Jennifer called it her “dream role.”

J-Hud celebrated the news on Instagram, writing: “I don’t even know what to say …. look at God !#Arethafranklin u have no idea how humbled I am!”

The anxiously-awaited biopic will be produced by Scott Bernstein (Straight Outta Compton) and music producer Harvey Mason Jr., according to Deadline. In the past, Mason has worked with Aretha on “Put You On Game” featuring Fantasia and “Never Gonna Break My Faith” with Mary J. Blige. He also worked on Dreamgirls, for which Hudson won the Academy Award for Best Supporting Actress.