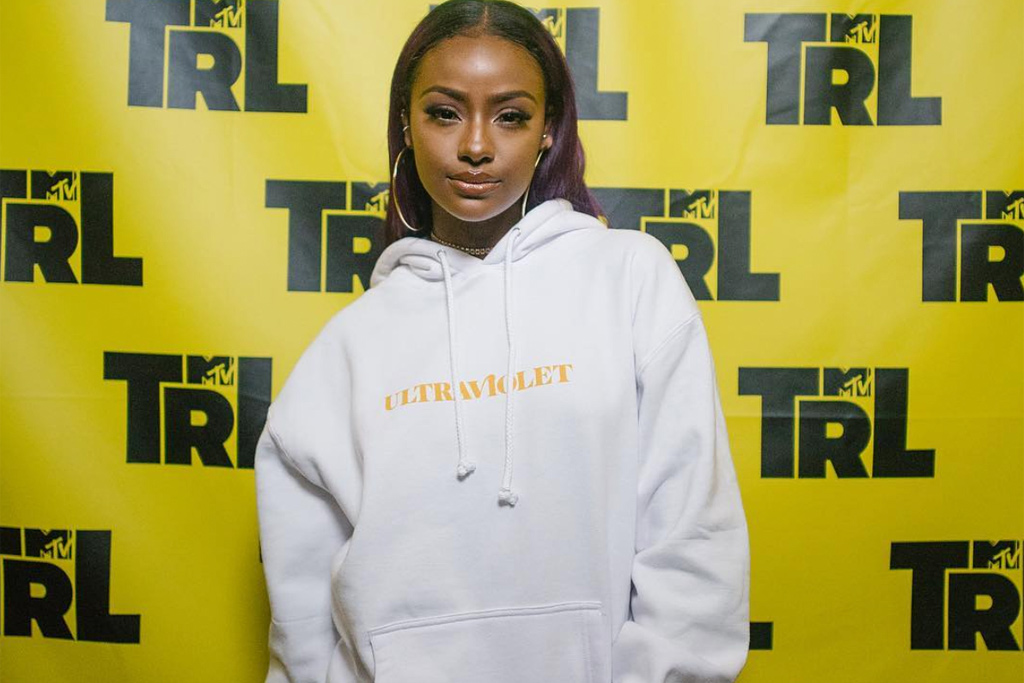 MTV’s “TRL” came back hot after their winter break this week. Making her debut on the show, Roc Nation songstress Justine Skye blessed the TRL studio to talk about everything from her nickname to her anticipated debut album.

The Brooklyn native even previewed a clip from her upcoming music video for a new song called “Heaven.” The track is featured on her forthcoming album Ultraviolet which is slated to drop on January 19. Skye also revealed what really goes on behind the scenes of some of her most iconic photos on Instagram.

Later on in the show, Justine reflected on her bold decision to take a knee while she sang the National Anthem at a Brooklyn Nets game back in October. “With everything that was happening in the media regarding taking a knee, I just felt like if ever there was a time for me to show that I am a part of this movement to make my voice be heard it was this,” she said. “People think that taking a knee is disrespectful, I feel like it’s showing the most respect. You’re taking a knee for the fallen soldiers and your brothers and sisters who have died for no reason. That’s exactly why I did it.”

Then, it was time for Justine to show what she can do on that stage and she flexed hard on them with a sizzling dance centric performance of her single “Don’t Think About It.”

Are You Ready to Receive Sweet Love from Anita Baker's Farewell Tour?