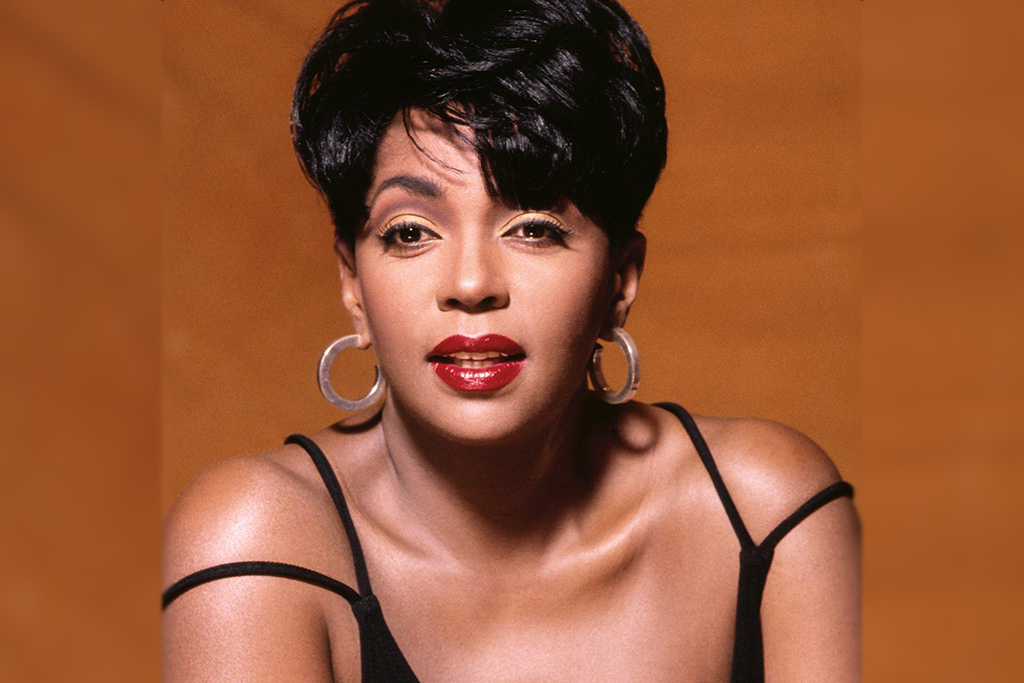 Anita Baker is the original songstress. When the eight time Grammy-award winner recently announced her plans for a farewell tour, via Twitter, followers instantly flooded her timeline. The R&B icon, who will soon celebrate her 60th birthday, announced her intentions to retire on Twitter a year ago, in January 2017. We held onto hope of her making one last album, but she shut down our dreams with a bittersweet new year’s day tweet.

sO Much 2 CELEBRATE with you #2018. 60th Bday in 25 days?… Farewell ?Concert ?Series, beginning in March… We’ll paint pictures together 2 last a Lifetime… “Let’s Party!” #OneLastTime?abxo❤ damn… “Where does the time go?! pic.twitter.com/dMQpRgmTLY

Capturing fans from multiple generations and cultures, the “Talk To Me” singer is  one of the creators of grown folks music. Her sound is the perfect fusion of R&B/Soul, Jazz and Blues. Chart topping hits like “Angel,” “Sweet Love,” “Giving You The Best That I Got,” “Just Because” and “Body and Soul” boast superior vocals and instrumentals.  Any emotion, experience, feeling or thought related to life and love are illustrated in Baker’s poignant lyrics. Her sultry contralto grants you permission to be vulnerable one minute and guarded the next. Whether you’re breaking up, making up or getting acquainted, her music is the stimulating soundscape. Anita Baker is truly a soul inspiration.

Known for her elusive public persona, the songstress has always set her own standards within and beyond music. Before ladies bit Halle Berry’s pixie haircut, they were rocking Baker’s sleek style. No present day artist can deny the affect of her legacy. Kendrick Lamar, Andre 3000 and Lalah Hathaway have each spoken about how she has inspired their artistry. Her soulful sound is likely the baby making music to which many of today’s artists were conceived.

In 2012, she delivered a critically acclaimed rendition of Tyrese’s “Lately.”  With almost 40 years in the business, she has expressed her disappointment with the ills of the music industry.

Copyright theft, & chasing all the masters & theives, is Exhausting for artist & their team & is one of the Main reasons i retired last yr… #OffThe Plantation pic.twitter.com/PGWWTaFKZj

Singer/songwriter, Beth Griffith, who sang background vocals for Baker for five years, credits Anita for mentoring her and encouraging her to pursue a career as a solo artist.

“Touring with her is where I learned about how to handle things that go on behind the scenes,” she told ThisisRnB. “She showed me how the industry can treat women differently than men. Sometimes the pay and respect may not be the same, and they would want you to provide the same energy and performance as the male artists may give. She showed me how we should stand up for ourselves as female artists and she always said that I would be a solo artist one day.”

Griffith’s stirring cover of Baker’s “I Just Want To Be Your Girl” is featured on her debut album, Free. The classic ballad is from the R&B legend’s days with the group Chapter 8. Baker is also known for her stellar work ethic. “She demanded excellence from her singers and band and crew,” revealed Griffith. “She was classy and elegant and always gave her all in every show.”

Legendary producer Michael J. Powell, who produced three of Baker’s multi-platinum albums, Rapture, Giving You The Best That I Got, and Compositions, expressed reverence for his old friend. “Anita is an icon. There’s nobody like her,” he told ThisisRnB. “We need Anita in the business to keep a certain music alive. When I hear her talk about retiring, I’m like, Wow. I don’t particularly like that. I understand where she’s coming from, but we’re gonna miss her.” Powell described their collaborations as “easy and natural.”

Griffith agreed with Powell, “Anita is a R&B icon! She has true faithful fans all over the world! The farewell tour is going to be amazing and sold out because her fans have been waiting for her! It’s sad to hear her say retirement and ‘farewell,’ but is there ever really a good-bye?”

We certainly hope not. Since her announcement, Baker has teased fans with glimpses of what to expect from her upcoming farewell tour.

there were Always, Flowers… will you bring some, this time?! pic.twitter.com/uZirkJKQ29

She has also hinted at having other industry greats join her onstage.

Thank You. sweetheart… Every1 knows, I’m ur Biggest Fan. Exciting 2 know that Gifts like Yours ,@ledisi & Many More Vibrate BEAUTIFULLY in the atmosphere! When we pass thru ur city, If ur sO inclined? My stage is ur stage… we’ll keep Extra Mics warmed up… Just in Case abxo pic.twitter.com/5YCMuTfvZJ

In a recent statement from her team, Baker expressed gratitude to “her second generation of millennial fans that keep her name trending on Twitter, have viewed her videos on YouTube more than 20 million times and have streamed her more on Spotify than had bought her platinum albums.”

Baker’s tour will begin March 14, 2018, in Jacksonville. The tour continues with stops on March 16 in Orlando and March 18 in Miami. One of her stops will be as the headliner at the New Orleans Jazz & Heritage Fest, which runs April 27-May 6. She tweeted that the tour will hit Atlanta Mother’s Day weekend. There is speculation that she may headline this year’s Essence Fest.

ThisisRnB will post more tour dates as they become available. Stream some of Baker’s soulful jams below.