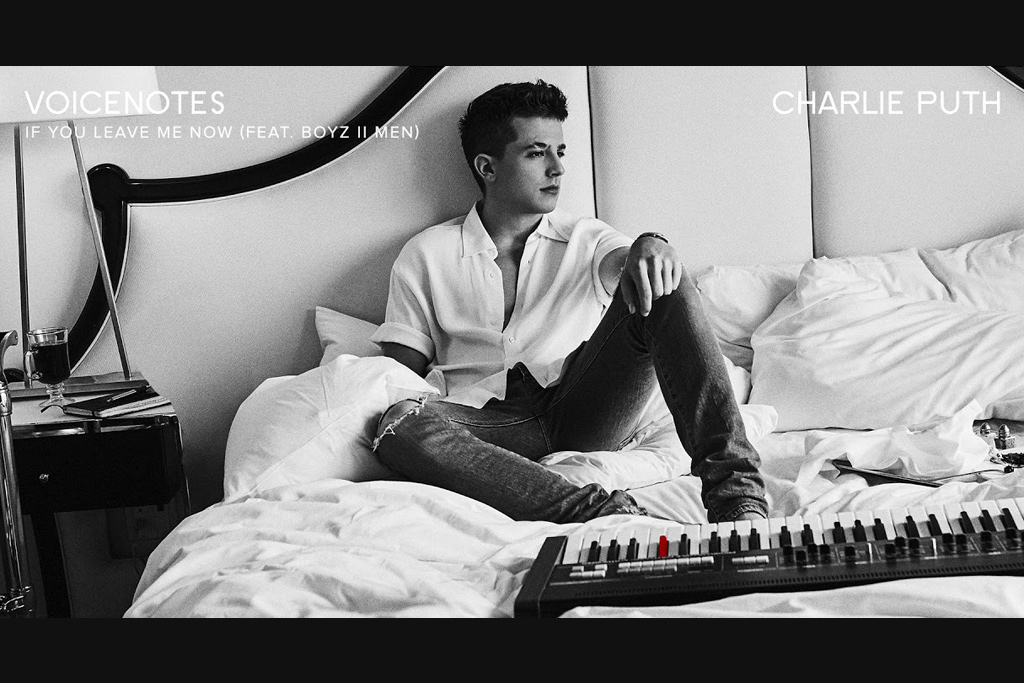 Boyz II Men continue to inspire generations of new artists. The latest to work with the R&B legends is Atlantic Records crooner Charlie Puth, who has released his brand new Boyz-assisted single “If You Leave Me Now.”

Not to be confused with Boyz II Men’s remake of the Chicago classic off their 2009 album Love, Puth’s ballad is an a cappella track, backed by vocal harmonies and hand snaps in the spirit of ’90s R&B. “This is not goodbye,” sings Puth. “I swear that I’m gonna change.”

The R&B trio join him on the harmonious chorus. “Cause girl, if you leave me now / If you give it up and just walk right out,” they sing. “You will take the biggest part of me / And all the things that I believe.”

“If You Leave Me Now” is the latest release off Charlie’s delayed album Voicenotes, which is due out May 11. Yesterday, he broke the news to fans that the album has been pushed back again, but announced the release of the brand new collaboration. “I’m producing this album all myself and with that comes a lot of work, and in my opinion, the album is not perfect yet,” he wrote on Twitter. “However, it will still come out this year, and soon. But to make it up to all of you, here’s the good news. I’m putting out a song I did with Boyz II Men tomorrow. And it’s probably one of my favorite songs I’ve ever written. Love you guys and thank you for understanding.”

Boyz II Men celebrated the collaboration on social media as well. “Had a great time working with @charlieputh on this record,” they wrote. “Pure talent.”

Listen: Kendrick Lamar & SZA Team Up On "All The Stars" for Marvel's 'Black Panther' Movie