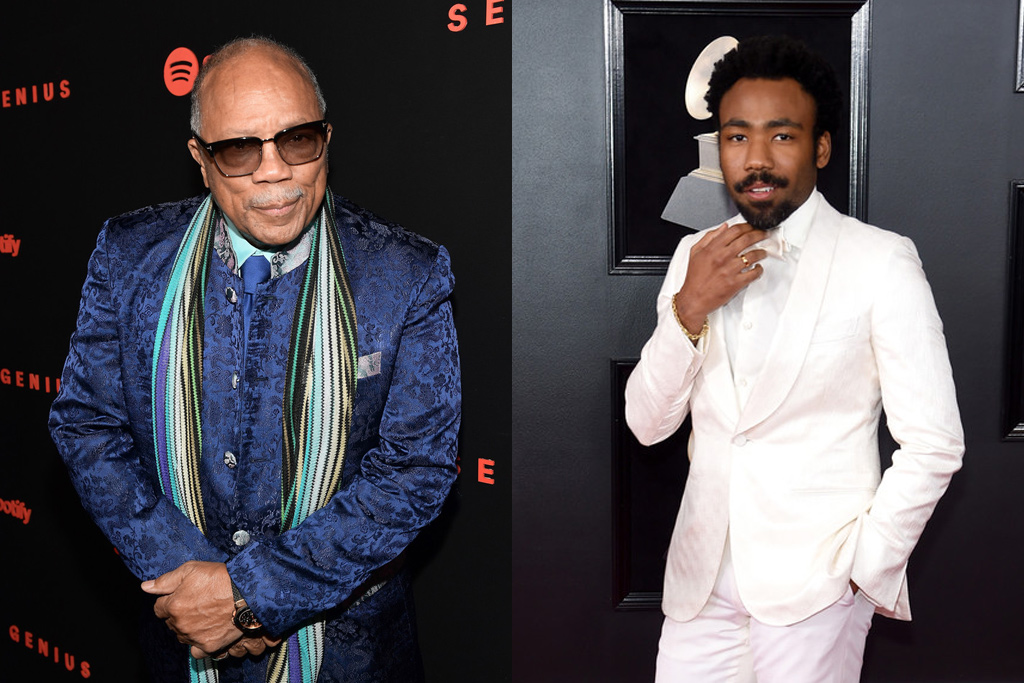 After taking home a Grammy on Sunday and prepping for the release of the much-anticipated second season of his hit show “Atlanta,” the multihyphenated star is being eyed to play Quincy Jones in an upcoming biopic.

Speaking with GQ, the legendary producer revealed that he would like Glover to play him in the prospective 10-part TV series.

He also has other projects on the horizon. “I never been this busy in my life,” the 84-year-old told the magazine. “We’re doing ten movies, six albums, four Broadway shows, two networks, business with the president of China, intellectual property. It’s unbelievable, man.”

Jones, who is also planning a Netflix documentary and a CBS special hosted by Oprah, said he’s working so much due to newfound clarity. “I stopped drinking two years ago. Because I had diabetes 2. And it’s the best thing I ever did,” he said. “My mind’s so clear now, you know. And the curiosity’s at an all-time high.”

He’s also been in the studio with Stevie Wonder. “Stevie and I are doing a lot of shit together,” he said. Later, he added: “I’ll write music. I’m writing a street opera—for my album.” And there’s no end in sight: “They be thinking I’m 84 and retired and all that shit. They wrong, man. Oh baby! I am never retiring!”

The 34-year-old Glover, however, is saying goodbye to Childish Gambino. Over the weekend, the Grammy-winning star said he’s ready to retire his stage name. “I stand by that,” he said. “I’m making another project right now, to make, but I like endings. I think they’re important to progress.”

His acting career is still going strong. Glover is currently working on The Lion King and Solo: A Star Wars Story. The second season of “Atlanta” premieres March 1 on FX.