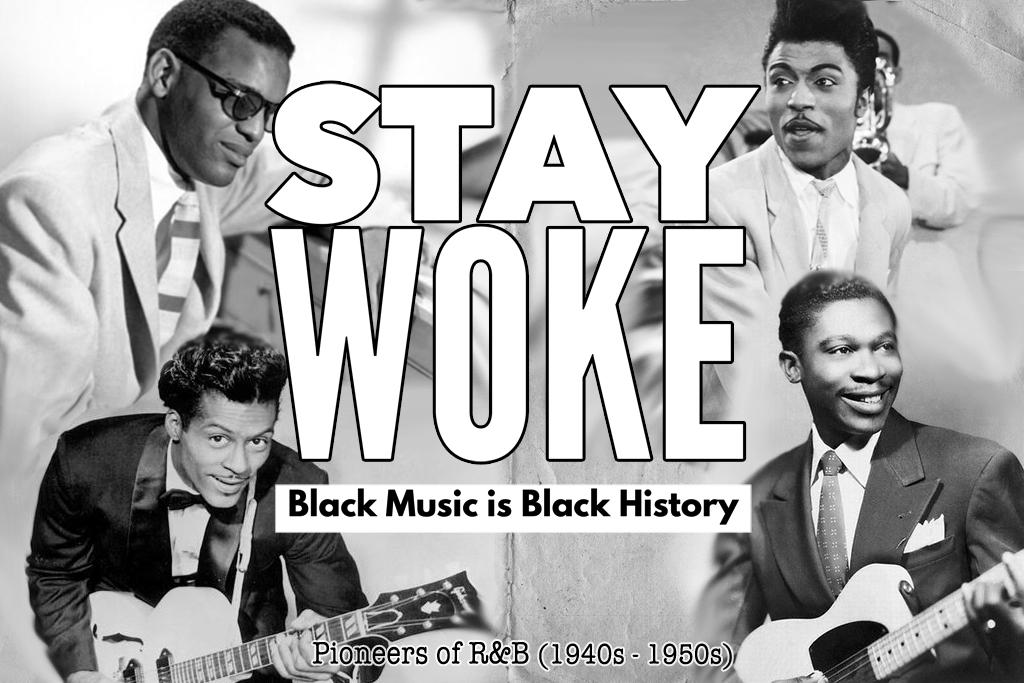 Gospel music and negro spirituals gave us the voice to survive through slavery and Jim Crow roughly from the 1700s through the mid-1900s. But, before Hip Hop became the voice for our communities in the ’80s and ’90s, there was R&B music. It was and still is the soundtrack to our lives, the voice for black people in America. As we use the month of February to celebrate Black history there’s no way we can give that history justice if we don’t analyze the achievements and accomplishments of R&B music and how it has inspired and mobilized political movements, serving as a voice for millions of black people who wouldn’t have a voice otherwise. We must analyze R&B music through both a commercial and social/political praxis to truly understand the importance of R&B music in the past and into today’s present. But first, we need a brief overview of its origins.

In the early 1900s (specifically the ’20s, ’30s, and ’40s), Gospel, Blues, Jazz and Swing were the sounds of Black music. But around the mid-1940s, a new sound begins to emerge. It paired the subject matter and vocal emotiveness of the Blues with the evolved instrumentation and rhythm of swing and dance music. At first, it was referred to as “race music” until it was deemed offensive and was no longer politically correct. The time had come to accurately name and brand this emerging genre of music. It wasn’t until 1949 that we see the name Rhythm & Blues used as an official chart title in Billboard magazine, although the term was used for at least a couple of years prior in Billboard magazines as then-Billboard reporter Jerry Wexler is credited for the term.

Established in the mid to late 1940s we don’t see R&B music’s first crossover superstars until the arrival and success of four men in the early to mid-1950s: Little Richard, Chuck Berry, Ray Charles and B.B. King. To classify said artists as just pioneers of rock and roll, soul and blues music would be impetuous. A listen to their early hits will bring attention to the rhythmic elements that would later evolve and become the blueprint for R&B music in the upcoming decades as Motown, Stax and Philadelphia International Records emerged.

Breaking down racial barriers, if B.B. King, Ray Charles, Little Richard and Chuck Berry didn’t prove its commercial viability, there would be no such thing as Rhythm & Blues music. They are the blueprint in which every artist after, borrowed from.

1958 – Chuck Berry releases “Johnny B. Goode”— not his first hit be his most iconic and groundbreaking peaking at #2 R&B and #8 on the Pop charts

Stay tuned for a new “Stay Woke” segment every Wednesday in the month of February. Next week, we will move into the ’60s and ’70s in the aptly titled, “Black Politics – The Civil Rights Era and Beyond.”