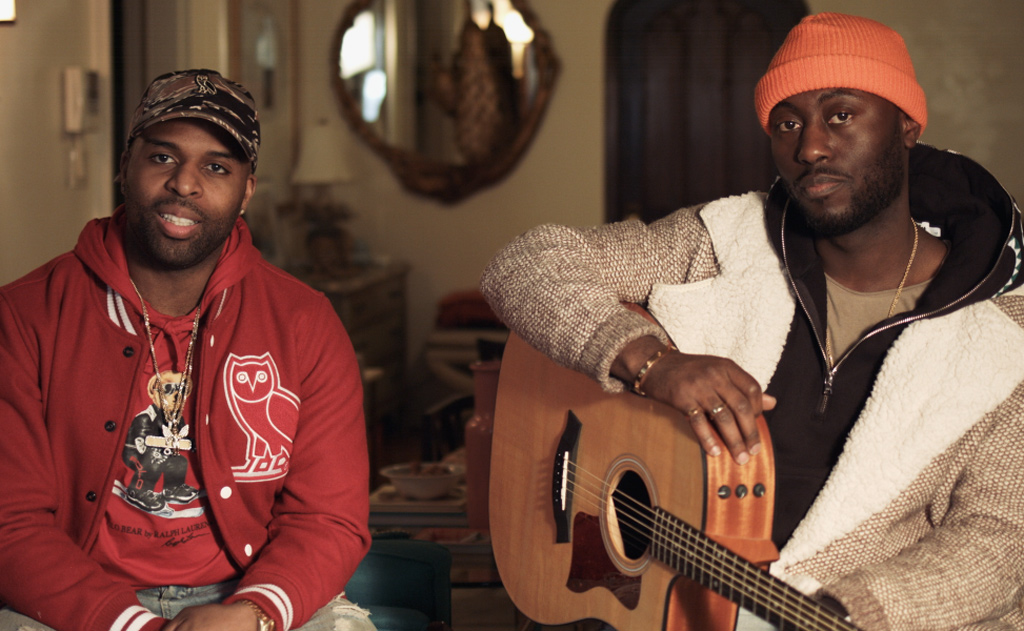 Breakout R&B duo dvsn (pronounced division) are finally fully in the spotlight and no longer hiding their image to the masses. After their first televised performance at the 2017 Soul Train Awards, the Toronto natives have given PAPER magazine a special acoustic performance of their song “Claim” while visiting the PAPER Penthouse.

Additionally, the group–comprised of Daniel Daley and Nineteen85, spoke about their fast rise to success, the power of their chemistry as a duo, and their ability to make sexy music.

ON THEIR SHORT RISE TO SUCCESS: “It hasn’t even been two years — it’s wild. It’s hard to say because it’s one of those things where you don’t really know what to expect until you get into it. We were on their radar probably by the end of 2015, but we didn’t actually sign [with OVO] until the beginning of 2016. Shortly after our album came out two or three weeks later. The only thing we did know was that we had our album pretty much ready to go, so when they basically just said, “If you’re ready we can do this now.” We were like, ‘Let’s go for it.'” – Daley

ON HOW THEY FIRST MET: “Just mutual friends. We have friends that have known each other. Toronto is pretty close-knit, especially the music scene. You know a guy, who knows a guy, who knows a producer. We kind of linked through that, then when we linked we realized that we just had something different.” – Daley

ON BEING A DUO: “He’s just as involved. I think sometimes it’s the singer who people would consider the artist, because they put themselves in the forefront. Literally [85] is just as involved, just as passionate, just as inclusive to the dvsn thing. Me and another producer is not just what you would get here. This is dvsn.” – Daley

ON MAKING SEXY MUSIC: “It’s not weird, we just didn’t think it would define us as much as it has. Now people are almost surprised when we show other sides of what we can do. It’s like, Whoa we thought you guys only made bedroom music. Even some of the songs on the first project we didn’t realize would be taken as sexy.” – 85

“It’s really about somebody missing another person in the relationship who isn’t there. The amount of people that tell me the song is so sexy I realize it’s done more than I expected.” – Daley

Read the rest of the interview here.