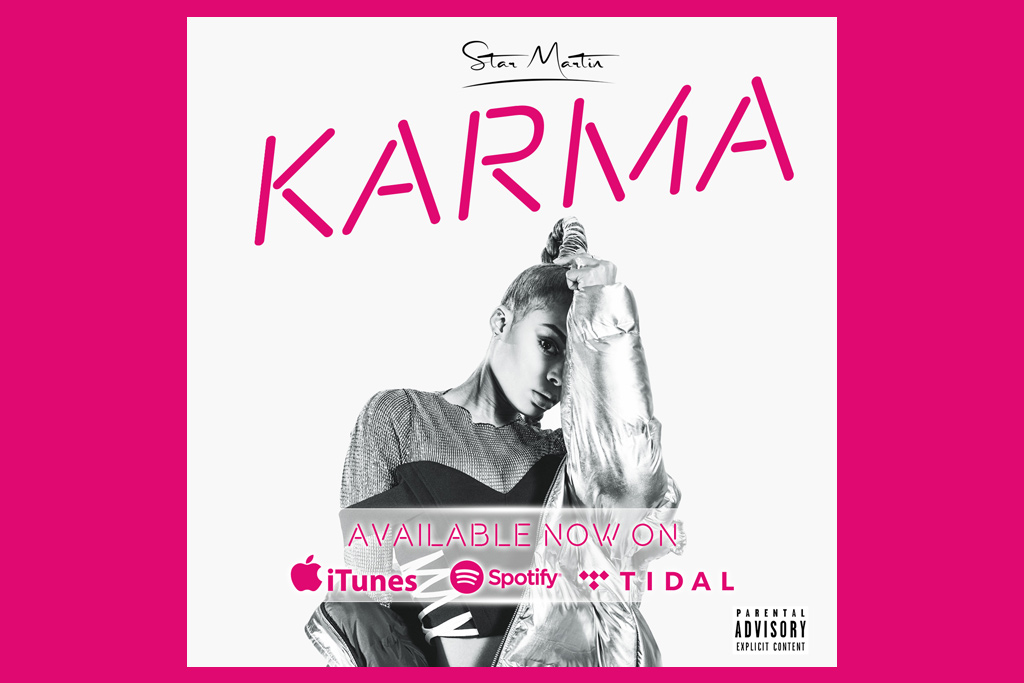 Produced by Maliredd and written by Star herself, the new single demonstrates what goes around comes around, and her lover needs to realize that “payback is a bitch,” she says.

In the black-and-white video, Star pushes back against being mistreated by her man, while encouraging him to be prepared for the repercussions of his actions.

“I’m so cool on you / Lets get that out the way,” she sings. “This is bigger than me and you / You gon’ learn today / All of your lying ways it’s a deadly game to play / The tables are turning / And it’s not in your favor babe.”

Speaking about the video, Star says: “The ‘Karma’ video is a rhythmic and sexy musical of real life situations. The moment you hear the guitar you are drawn into the contrasts of relationships, the anticipation turns into a heated wait of karma to do her work.”

“Karma” is available on iTunes, Spotify and all digital music services now. Watch the video below.

The R&B singer-songwriter was born into and raised by a family of musicians, who groomed her diva potential through her preteen years. Unlike the cliché story of having a voice developed in a small town Baptist Church, Star’s vocal expertise was cultivated by years of studio experience. With Beyoncé as her inspiration and Lisa “Left Eye” Lopes of TLC as her mentor/God Mother, Star based her approach on authenticity, heritage, and real experiences.