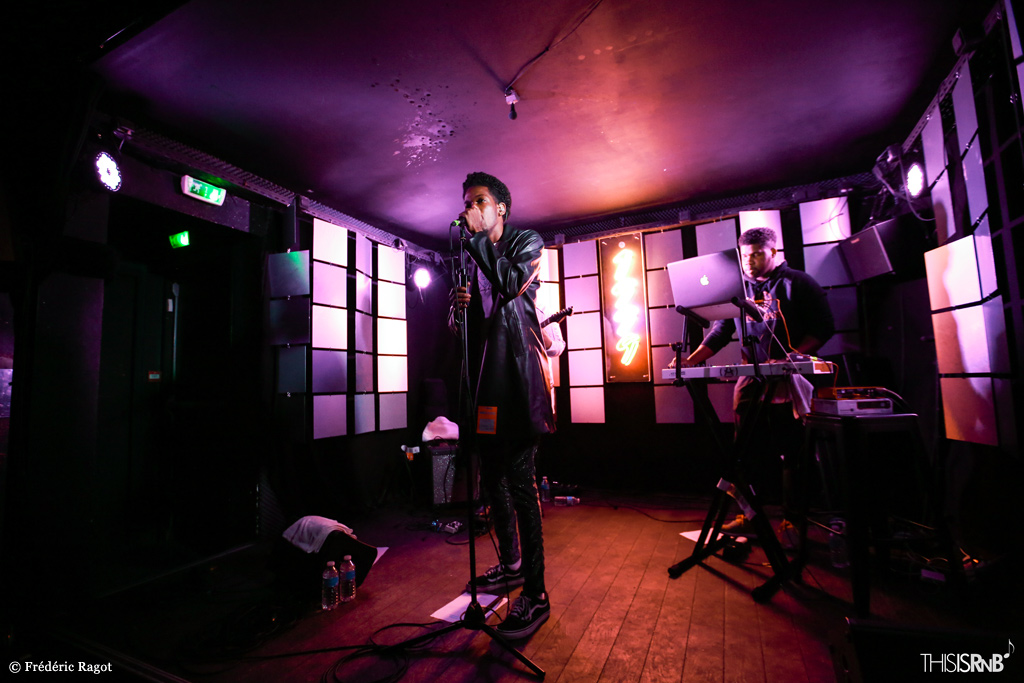 Brooklyn crooner Adrian Daniel kicked off his “FLAWD Tour” in London last week. The singer’s latest trek is in advance of the release of his forthcoming album FLAWD, which is due out this Friday, March 2.

On Saturday night (Feb. 24), Daniel introduced Paris to his latest sounds with an intimate show at the music venue 1999. Joined by two of his regular band members, including Dimitri Morisseau on guitar, AD had the crowd fully immersed in his hypnotic set and vocals.

Opening with “Runaway” off his breakout 2016 mixtape Disillusions, the show featured a collection of tracks off that project, plus 2017 singles like “This City” and “Havoc.” Adrian closed with his latest release off the new album, “Deadly Attraction.”

“Paris ???? last night was amazing thank you for your love,” he wrote to fans after the show on Instagram. “Y’all cheering for us to do an encore after our set literally had me at a loss for words. Paris is really one of my favorite city in the world. I love you Paris and I love your city. Thank you until next time.”

Check out our exclusive photos below, and stay tuned for FLAWD dropping on March 2.