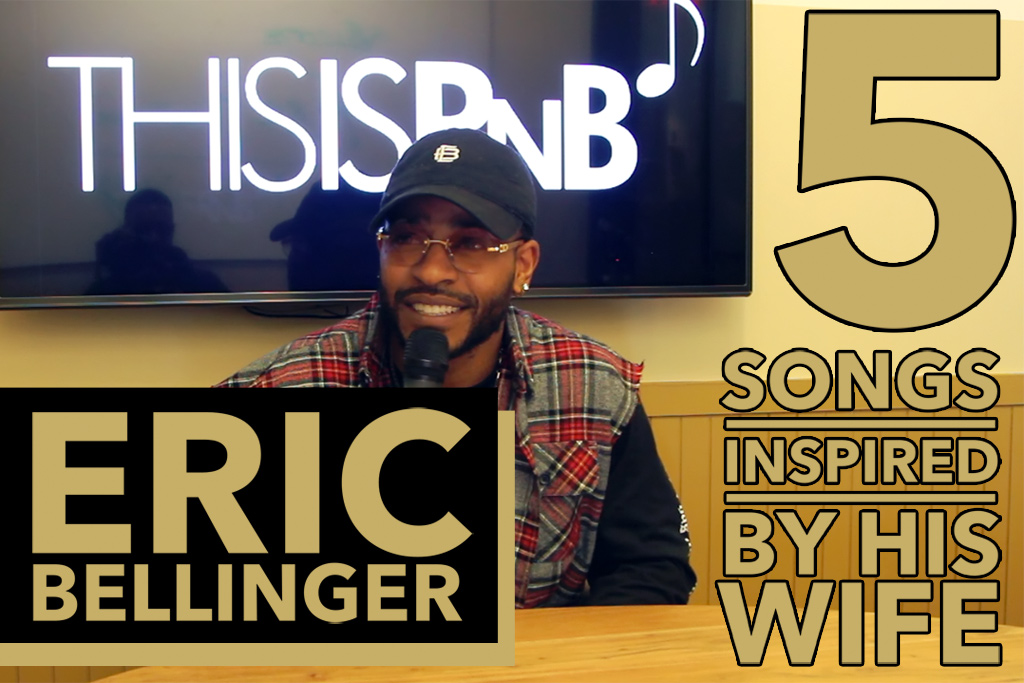 These days, Eric Bellinger has one and only muse–this wife. During our recent interview with the R&B star, we discussed his unique ability and situation to glorify love and marriage, which has directly caused him to stand out from his male R&B peers. The crooner is fully aware of his gifts as an artist and in his choices to write vulnerably about his real life love. This has translated into some exceptional, honest music that has only caused fans to appreciate it even more.

“I’m the one that the Lord chose to do this,” he told ThisisRnB. “I really feel like I have the proper relationship, the proper guidance, the character, the ambition, and the talent to actually articulate these words that are considered ‘sappy,’ ‘corny,’ to our generation, in a way that’s cool and fun and wavy, hip hop, still R&B, classic, the evolution of classic, and bringing back those emotions and those feelings that you used to get from R&B.”

The first time that he really recorded his feelings for his wife was on 2014’s “The 1st Lady” off his album The Rebirth. “Everything that the President stands for it always meant a lot to me,” explains Bellinger. “Comparing in the song with Jay-Z and Beyoncé and Barack and Michelle, I always saw us like that. When we shot the video she was the lead in it and the moments that we had together that was like the first time that people got to see us together in full mode of let’s get these outfits together, let’s get this makeup done, let’s be in the gym so we can be on point. That video we actually stayed up the entire night because we wanted to get matching tattoos before the video.”

One of the standout tracks regarding their marriage, “Love Made Me Do It,” is a shining example of Bellinger’s persistence in perpetuating the honor of being married in this day and age. “[‘Love Made Me Do It’ is] one of the stronger songs that I feel really stands for what made me really make the decision to be married in this day and age,” he explains. “To be married in a time where the girls are everywhere. Everybody looks at the R&B singer like ‘Yea you supposed to be out here,’ but what happened to the example? Its like ‘love made me do it,’ ya know. I couldn’t say no, and it is what it is…love is in charge.”

Additionally, Eric and his wife La’Myia share many of their special moments and romantic feelings on social media. In the past, the industry always told R&B artists that they should appear to be available to their fans and be out there looking for love. Eric told us directly that he has seen the opposite effect, as his posts with La’Myia often get more likes and comments than other posts.

“It just goes to show that the people actually do want to see that more,” he says. “They need more examples, they need more people with my platform to be unafraid to show who they are just because there isn’t many people out there that they can actually be like ‘Oh, goals. I need to do that, that’s where I need to be.’ I think a lot of people kinda got lost in Instagram and got lost in a fantasy world of overnight success and overnight love.”

Watch the video below where Eric Bellinger breaks down 5 songs that were solely inspired by his wife.

Eric is currently promoting the single “G.O.A.T. 2.0” and it’s epic music video. Next month, he is expected to release his anticipated new album Eazy Call.