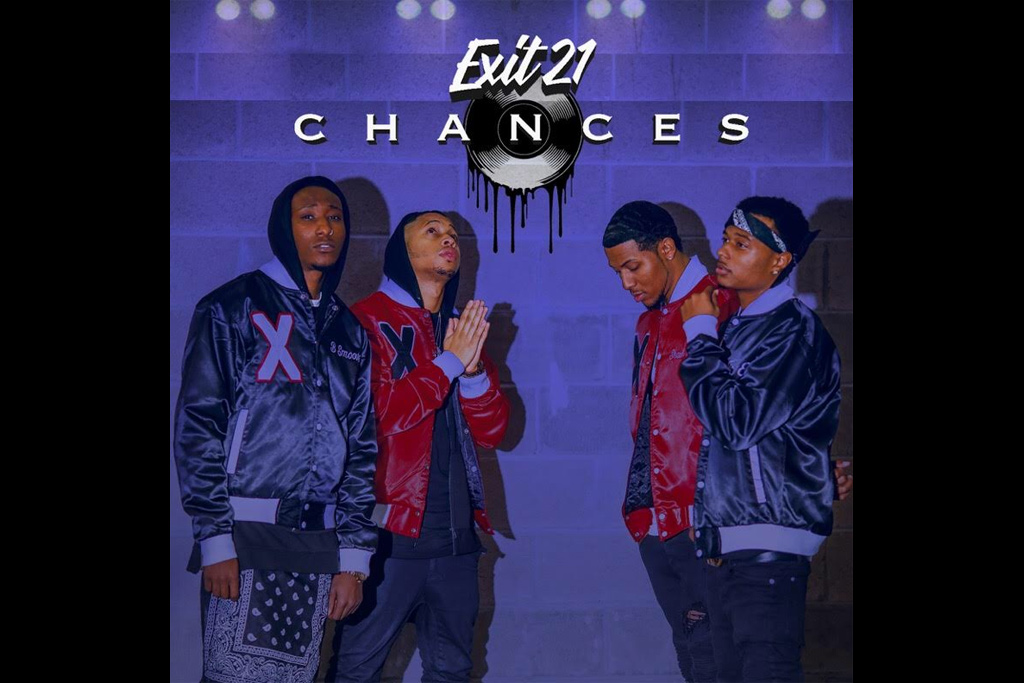 Emerging male R&B group Exit21 are looking for the chance to rekindle love on their brand new single “Chances,” which they debuted on Valentine’s Day.

The members of the New York based group penned the single over the production by Nikki Hott Beatz. “Chances” is a lush R&B midtempo that borrows from 112’s “Only You” on the chorus and a brief interpolation of DeJ Loaf’s breakout hit “Try Me” on the bridge.

“This single expresses our grind as a group and how we have taken many chances from business to personnel throughout the years to become who Exit21 is today,” say Exit21 member – Ron E. Primarily, Exit21 wants their fan base to continue to take a chance as they embrace classic sounds of R&B. The group is expected to drop a full-length project later this year.

New York has always been known as a hotbed for musical talent, and Exit21 is no exception to this. The four young men from Long Island have captured the attention of fans worldwide, creating frenzy among industry professionals, prominent DJs and music lovers everywhere.

The R&B group era is being revitalized through Exit21, and it’s apparent they have an audience. Their social media numbers are staggering and continue to climb. The guys appreciate each fan and constantly interact with them, generating more interest while keeping them entertained. The group consists of four members, the twins; Ron E and B-Smoove, their cousin Showtime, and longtime friend Shawn Foxx, they are a team and family with a shared vision.

Listen: Shantel May Commands Your Attention on Debut Single "Back N Forth"