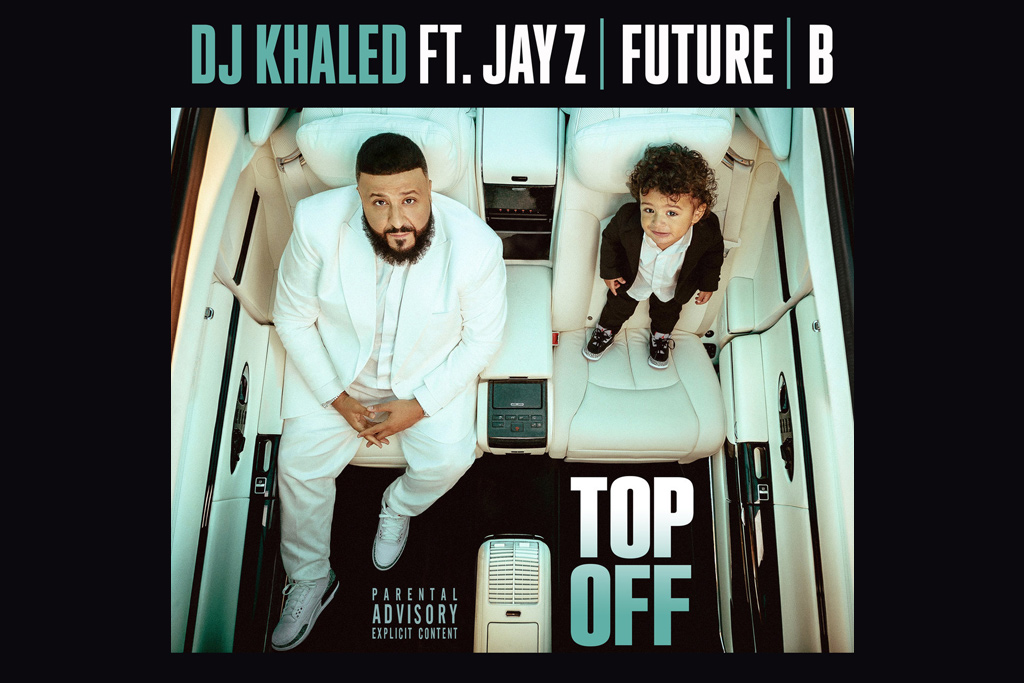 All hail Queen Bey, Jay-Z, Future and DJ Khaled, and topless Maybach’s!! The friends and collaborators just shut down the industry with their massive new single “Top Off,” the first release off Khaled’s forthcoming 11th studio album, Father of Asahd.

The energetic track carries a theme of outlaws on the run, while the production and rap flows drive like speeding through traffic. Future handles the melodic hook as he repeats the removal of the luxury whips roof. Jay joins him to trade an adlib about seeing the police in his rear view, where he then says, “I ain’t gonna stop.” The rap Gawd’s bars are vintage Jay all day, sharp and precise as he cuts through the track: “V12, see ya 12 / I do the whole dash with no seatbelt / Screaming free my n***a Meek Mill / N***as can’t Willie in this free world,” he spits.

The track is a very recent recording as Hov also comments about his recent $91,000 champagne bill at a New York club to celebrate his longtime friend and associates 50th birthday. Additionally, Jay drops a colorful shout-out to his and Bey’s daughter and The Purple One, Prince. “Me and Blue having a sing-off / That’s a raspberry beret, the kind you find in a second hand store,” he raps.

Even though we knew it was coming, Beyoncé’s appearance on the track still surprises and delivers boastful chills, as she reminds listeners that there are two major ballers in their household. “I’m the only lady, you’re still the realest n***a in the room,” she sings. “I break the internet, top 2 and I ain’t #2 / My body, my ice, my cash, all real I’m a triple threat / Fuck it up and then leave then fuck it up and leave again,” tossing off her own bid of support to free Mill and reminding everyone that she’s the baddest!

The new song is the latest collab with the power couple, who also appeared on Khaled’s Grateful album last year with “Shining.” The DJ/producer’s next album, Father of Asahd, is coming soon.