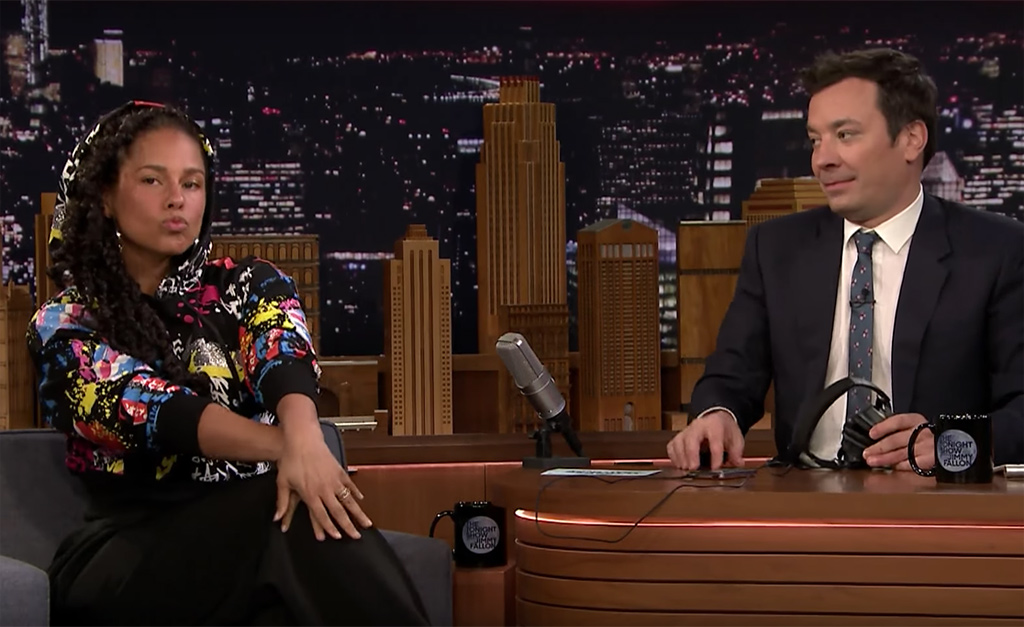 On Thursday night (March 1), Alicia Keys appeared on “The Tonight Show starring Jimmy Fallon.” The R&B songstress hyped up the show with some positive energy as she joined Jimmy for his very silly game, “Singing Whisper Challenge.”

Wearing noise-canceling headphones the two attempted to guess what song they were mouthing. They got decidedly close to one another’s mouths as they guessed, each struggling throughout the rounds, with Keys making the most out of it. At one point, Fallon couldn’t decipher “It Takes Two,” so Keys just rapped the Rob Base verse, rather than playing the game.

She wasn’t much better than the host during her turn, as Fallon mouthed the words to Shakira’s “Hips Don’t Lie,” a song that was seemingly impossible for the “Girl On Fire” singer to understand, leading to weird guesses and shouts of “snack” and “tonight!” There was also a lengthy portion dedicated to Camila Cabello’s “Havana,” which did not go well.

Keys also spoke excitedly about her children including her youngest son, Genesis, who can already beat-box at the age of three. She came equipped with footage of Genesis’ newfound talent, showing a video of Swizz with him as he paired random numbers and sounds with a developed flow.

As Keys explained, “Any number is appropriate when you’re beatboxing.” The children’s intelligence makes sense as Keys spoke about how he husband graduated from Harvard business school and the pair are now the subject of a case study at the university.

Keys also revealed that her own new music is coming out soon, joking that the late night appearance was inspiring her. Check out the video below.