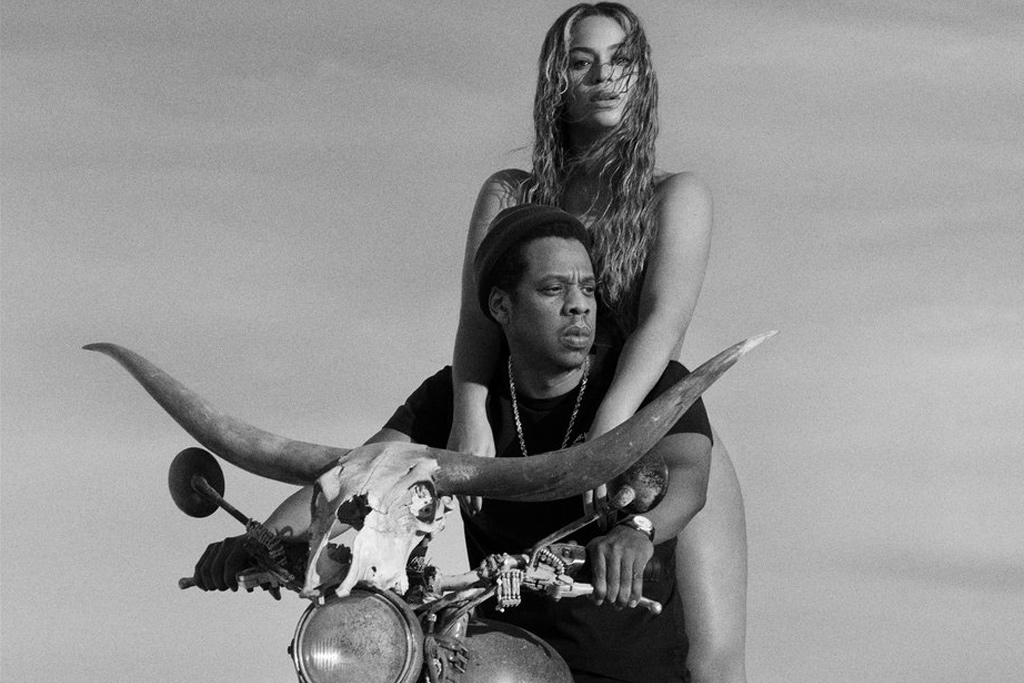 After taking the ‘top off‘ their Maybach, Beyoncé and JAY-Z are back on the run!!

The recent rumors and rumblings have been confirmed. After a leak last week, Queen Bey surprises fans with an official announcement of their upcoming trek via Instagram.

The sequel to their sold-out “On The Run Tour” has been coined “OTR II” with a series of artful black and white graphics and short teaser trailer. The power couple are seen seated together on a vintage motorcycle with a steer’s skull on the handlebars. Another shot just shows a dusty vintage muscle car with a license plate that reads “J + B.”

The stadium tour is set to kick off in the United Kingdom and Europe before heading to North America. The 36-date trek is scheduled to begin June 6 in Cardiff, U.K. before hitting European markets including Glasgow, Manchester, London, Amsterdam, Stockholm, Rome, and Barcelona, wrapping July 17 in Nice, France.

The Carters will then open the North American leg of the tour in Cleveland on July 25. They will continue on to major cities including Philadelphia, Boston, Minneapolis, and Los Angeles, before closing Oct. 2 in Vancouver.

A brief trailer for the new tour features scenes from their original 2014 trek and is soundtracked by Marcia Aitken’s “I’m Still In Love (With You Boy).”

Beyhive members can get advance access to “OTR II Tour” tickets, special experiences, exclusive merchandise and more. Ticket pre-sale goes live on Wednesday (Mar. 14) in North America at 9 AM local time and in Europe at 10 AM local time.

Exclusive: R.LUM.R Performs In Paris on "The Framily Matters Tour"