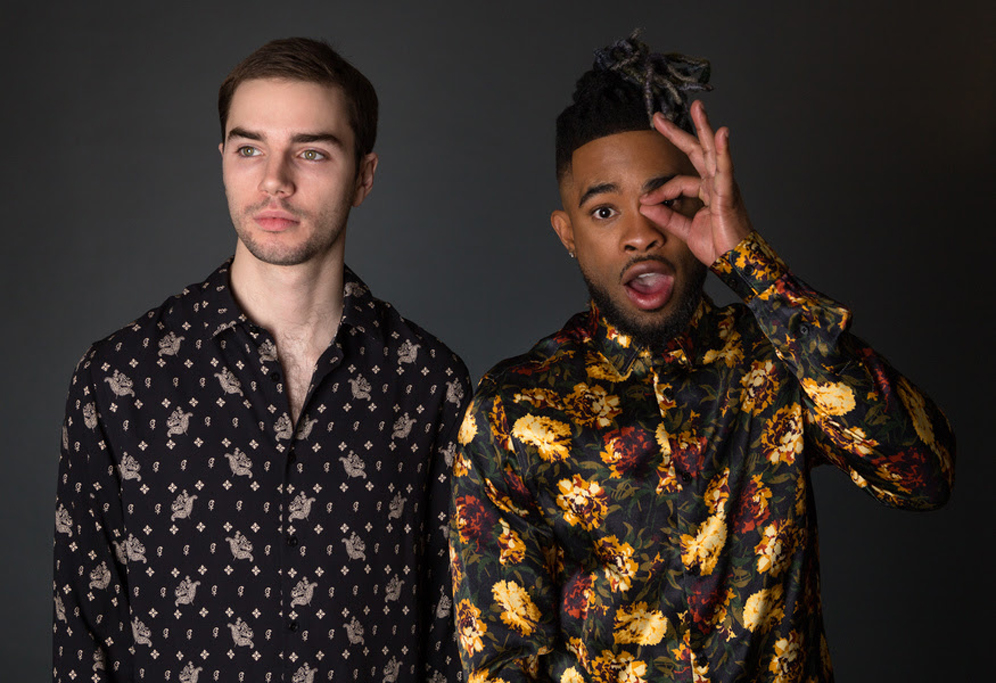 Elijah Blake has teamed up with underground producer Ben Strick for the experimental musical project titled KaraJishi. A mix of Elijah’s R&B side with Ben’s prog-rock and metal influences, the duo are pushing the boundaries of music by incorporating unusual combinations of genres, instrumentation and sonic textures.

Today, KaraJishi share the next piece of their five-song EP, Realm. The track, entitled “Killin Mine,” is a modern societal cry, addressing superficial standards. “‘Killin Mine’ is about millennials going above and beyond to live up to these unrealistic superficial standards we are now often confronted with nowadays via social media,” says Blake.

“Hence the hook lyric chanting, ‘This is for my Fendi bag ladies / I can’t fix you baby / Get it right, get it right, get it right / Ya Killin Mine, Killin Mine, Killin Mine.’ We sometimes look to these people as role models, then you meet them in person and their often soulless and conflicted…which inspired the hook, ‘I can’t fix the vibe if you keep Killin Mine.’ Ben’s production plus that iconic piano solo in the bridge is just something you don’t hear much in music now at all. All the more reason why I love how unapologetically placed it is in through the KaraJishi sonics,” adds Elijah.

“Killin Mine follows their first single “Give Up the Ghost,” a haunting 4-minute track that brilliantly showcases Elijah’s impressive vocal range and Ben’s remarkable ability as both an instrumentalist and a producer.

In addition, Elijah Blake dropped the official music video for his buzz track “Black & Blue” earlier this week. The visual pays homage to the iconic film Belly, which celebrates its 20th anniversary this year.