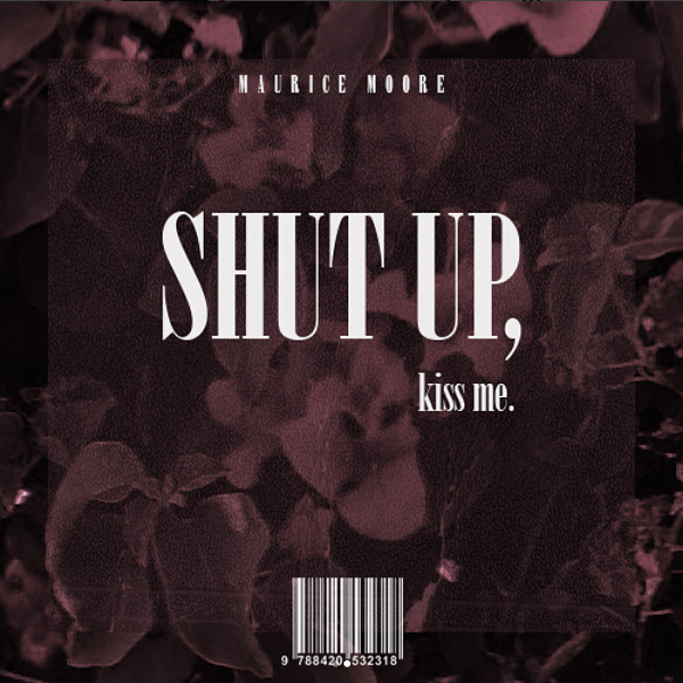 Maurie Moore‘s new Monday release series has been a liberating exercise for the budding R&B artist. Having to release new music each week has allowed him to delve into his archives and liberate music, which in the past he felt wasn’t good enough, but now provides a freeing feeling.

His latest track, “Shut Up & Kiss Me” is a pop-leaning number, which was originally recorded for his debut mixtape The Amber Room, but didn’t the cut.

“‘Shut Up & Kiss Me’ was among a batch of songs that didn’t make ‘The Amber Room’,” explains Moore. “I recorded and wrote this in Atlanta in April 2017 with Troy Taylor and LaGuil – these two gentleman also played a part in ‘Having Fun,’ ‘Beginning of the End,’ ‘Thotline,’ and ‘Waste Man.’ After a long day of writing and recording this song we were unsure how we felt about it and honestly, overthought it a lot. I especially was convinced that this wasn’t good enough and that people would think that it was a wack song. This was a very common scenario in the creation of that mixtape and dozens of songs were dashed away into the archives of my MacBook never to see the light of day. Until now.

“The past 5 months of my life have been full of profound realizations and most importantly have taught me to love myself exactly as I am,” he continues. “Something that believe it or not, I’ve struggled with all of my life. That was the beauty of creating The Amber Room. It was truly an ego crushing, transforming experience that opened the gateway for me to be confident in simply being myself. I am proud to present you a lost gem from The Amber Room with ‘Shut Up & Kiss Me.’ ENJOY :)”