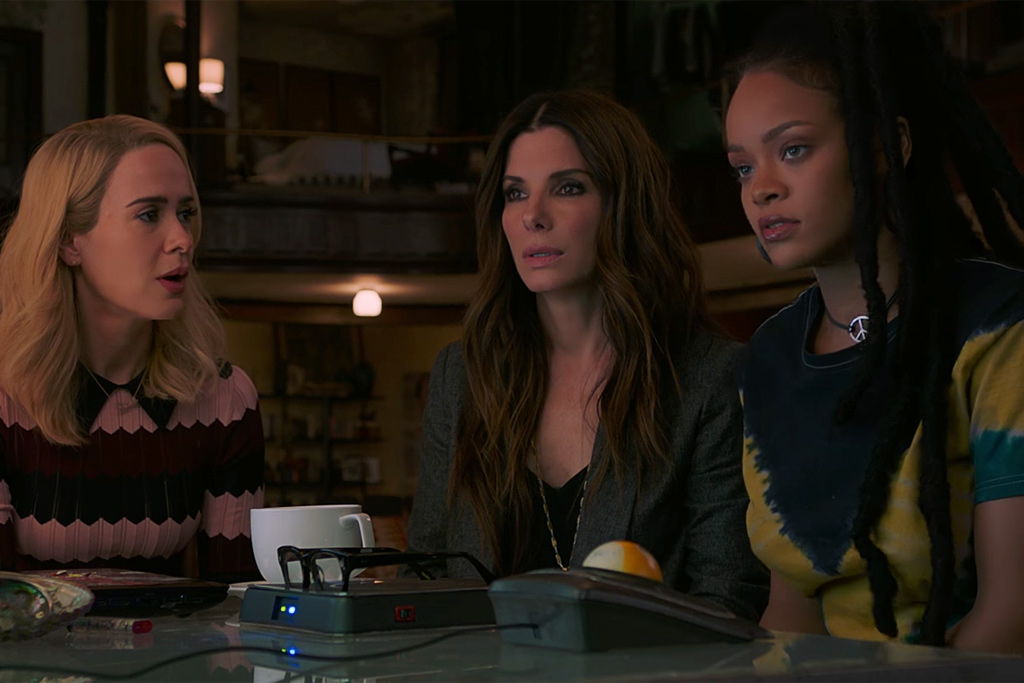 Get another look at Rihanna in the new trailer for the star-studded Ocean’s 8, which hits theaters in June.

Debbie Ocean (Bullock) and her team of specialists plan a major heist. They set out to steal $150 million dollars in diamonds from actress Daphne Kluger (Hathaway) at the Met Gala.

Linda Ronstadt’s 1970s classic “You’re No Good” soundtracks the teaser. The stars shine in the comedic clip, which cleverly teases: “Having this much fun is a crime.”

Rihanna has been reaching new heights outside of music lately. She has Fenty x Puma, Fenty Beauty, and even a reported lingerie line in the works.

The Weeknd Releases "Call Out My Name" Video