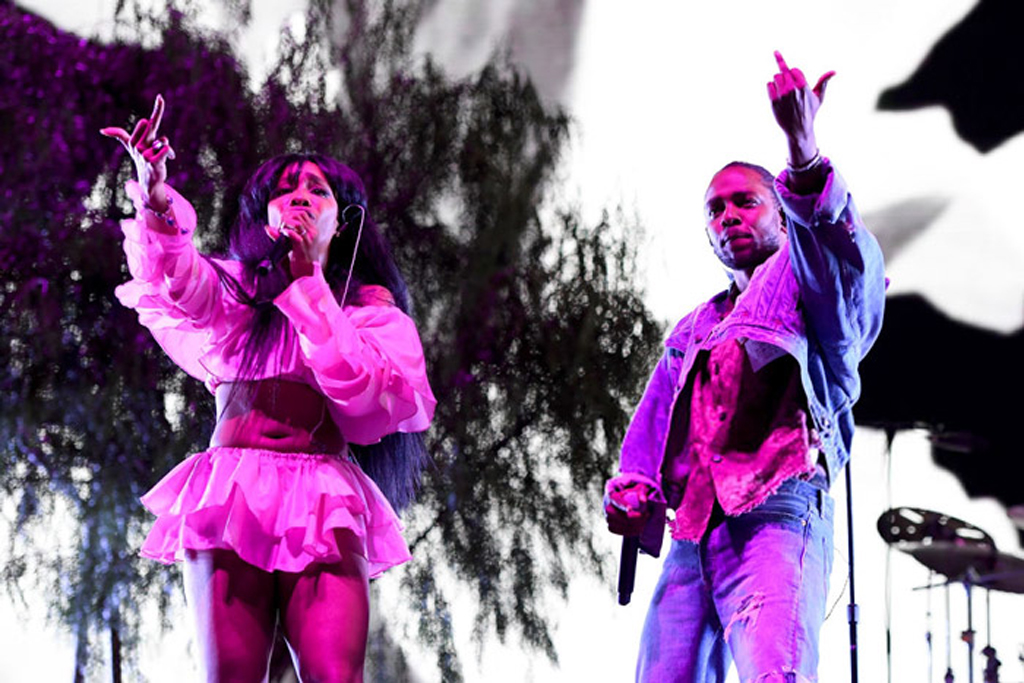 SZA brought ‘Camp Ctrl’ to Coachella during her playful set on Day 1 of the annual festival.

Performing in the middle of a camp-inspired set complete with a bonfire and trampoline, Solana opened with “Supermodel” before delivering fan favorites like “Go Gina,” “Drew Barrymore,” and “Love Galore.” Then, SZA brought some friends along for the camping trip.

Trippie Redd instilled his fiery energy with a surprise performance of “Dark Knight Dummo.” Solana added ad-libs and bounced around on a trampoline while the rising rapper ran through his joint. Longtime collaborator Isaiah Rashad also went camping with SZA. The duo performed “Pretty Little Birds” and closed the collaboration with a warm embrace. “TDE, motherfucker!” Rashad exclaimed while walking offstage.

In another “Championship Tour” preview, Kendrick Lamar also joined SZA on the camping set. The TDE labelmates launched into the raunchy “Doves in the Wind” and performed their Black Panther collaboration “All the Stars” for the first time together.

While her performance ended abruptly, SZA vowed to deliver a full set on Weekend 2. “Yo, they cut my set,” she said. “I’m missing a couple songs, but I’m so grateful that you had me anyway. Next week, we’ll get all of our songs in.”

Day 1 closed out with The Weeknd’s career-spanning show-stopper. Coachella continues today with a Beyoncé-headlined spectacular and ends Sunday with Eminem as the closer.

Listen: Chrisette Michele Returns with New Album 'Out Of Control'

The Weeknd Fulfills His Coachella Destiny With Triumphant Headlining Set