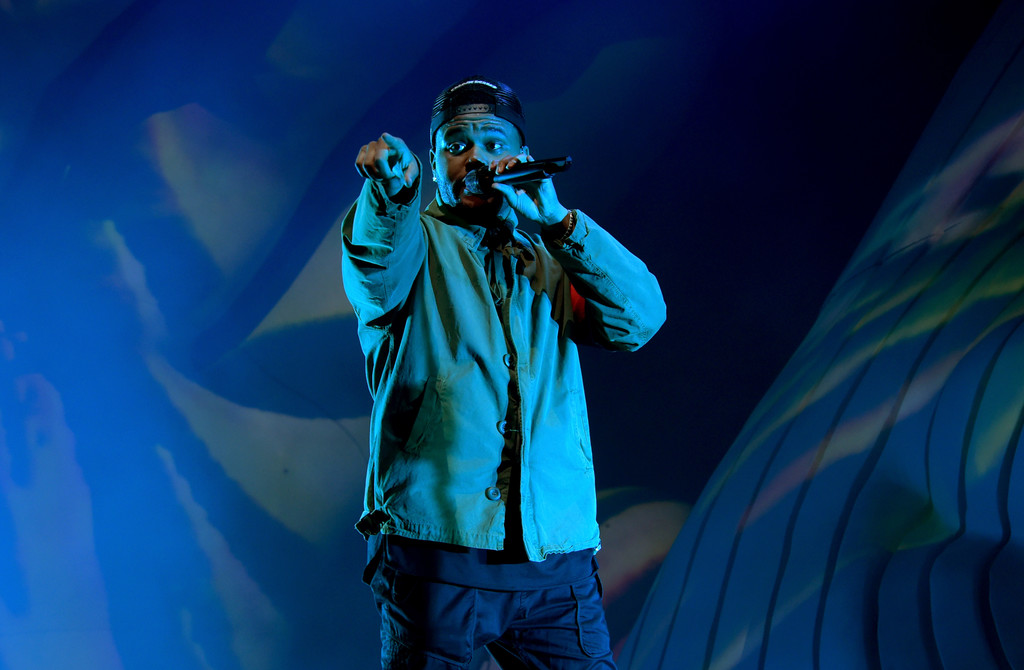 On Friday night (Apr. 13), The Weeknd made his third appearance at Coachella and according to Billboard, his most successful performance yet.

Playing the proper headline slot for the first time, Abel Tesfaye delivered a set of hits and fan favorites spanning his early days to the release of his My Dear Melancholy, EP just two weeks earlier, toggling seamlessly between eras and stunning somewhat with just how many hits he has to cull from. And Tesfaye knows how to play the part, too — he’s a pro now at working the crowd, hyping his band, interacting with his songs and even offering a little two-step on occasion.

Tellingly, no special guests were brought out during The Weeknd’s Friday set — even Kendrick Lamar, who’d graced the same stage not an hour earlier to perform a pair of songs with TDE labelmate SZA, was absent for The Weeknd’s opening performance of the duo’s smash Black Panther collab “Pray for Me.” This was The Weeknd’s hard-earned headlining moment, and one not particularly lacking in extra hype.

.@theweeknd is in the house ? #Coachella2018 pic.twitter.com/SPaMmS4mfl

The set list for the night was well-selected, heavy on hits but never overwhelming, and with some absolutely inspired transitions — like the closing cacophany of “Pray for Me” seamlessly giving way to the distortion squall that opens “Starboy,” or “Secrets” morphing into the pop classic “Can’t Feel My Face” after the second chorus. House of Balloons got its own gratifying sort of mini-set, with Tesfaye logically dedicating “The Morning” to the great state of California, and teasing the set’s title track with a short dip into its intro, about eight songs before actually playing it in full in all its epic two-part glory.

As for My Dear Melancholy — Abel got there eventually, but he didn’t belabor the point as much as you might have expected. Five of the set’s six songs were played, but not until the set was already about 15 songs deep, and there wasn’t much of a lead-in to their arrival; an “MDM” band that Tesfaye wore on his right arm was the biggest statement the pop star made about the EP during his set. The songs sounded pretty massive live, however — a stripped-down, emotionally charged version of “Call Out My Name” done primarily by just Tesfaye and his guitarist was particularly resounding — and the crowd was singing along with most of them, despite the songs only having been available for a fortnight.

The 20-plus-song set ended with The Weeknd’s Hot 100-topping 2015 single “The Hills,” with flames shooting out of the set’s backdrop — a giant head with a changing face that sporadically resembled Tesfaye, looking like an ancient statue poking out from among the ruins — from the song’s opening synth blasts. The fact that Abel was able to end with such a captivating, unsettling sort of romantic horror ballad as his crowd-pleasing signature smash told you everything you needed to know about what he’d become in the six years since his first Coachella appearance: a musical icon, almost entirely on his own terms — and indeed, a motherf–kin’ starboy.