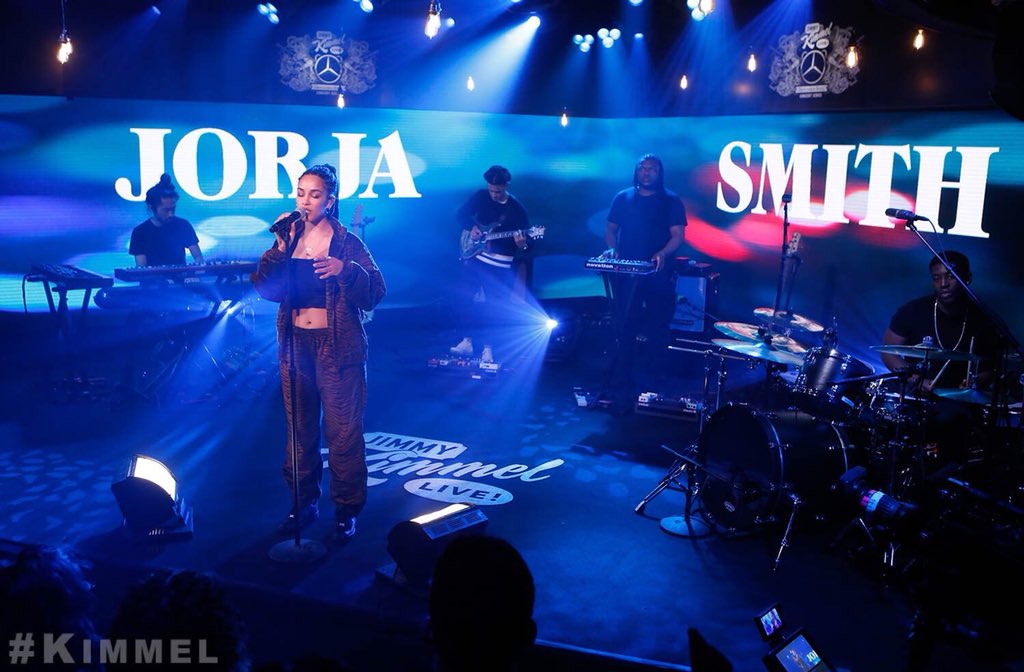 Jorja Smith is going mainstream. Hot on the heels of her acclaimed performance at Coachella on Saturday (Apr. 14), the English songstress appeared as the musical guest on “Jimmy Kimmel Live!” on Monday night.

Following a brief intro from Jimmy, the 20-year-old vocalist turned the studio stage blue with another riveting performance of her breakout hit “Blue Lights.” Wearing her signature box braids and track suit, Jorja stood nearly emotionless as she delivered the powerful song. The story of youths growing up around violence and the inevitable outcome of a life of crime seems well beyond her years, but she delivers it with such composure it’s almost scary.

Jorja Smith’s talent is so undeniable, and she continues to impress her fans and gain new followers with each performance. She is scheduled to be back at Coachella this weekend for her second set on Saturday, April 21. Immediately after that she will embark on her sold-out mini North American tour, which will travel to Seattle, Vancouver, San Francisco, Portland, Minneapolis, Chicago, Detroit, Toronto, Montreal, Boston, Philadelphia and New York before closing May 11 in Washington, D.C.

Her much-anticipated, currently untitled debut album is on the way, and rumored to be due for release this summer. Check out Jorja’s performance on “Kimmel” below.