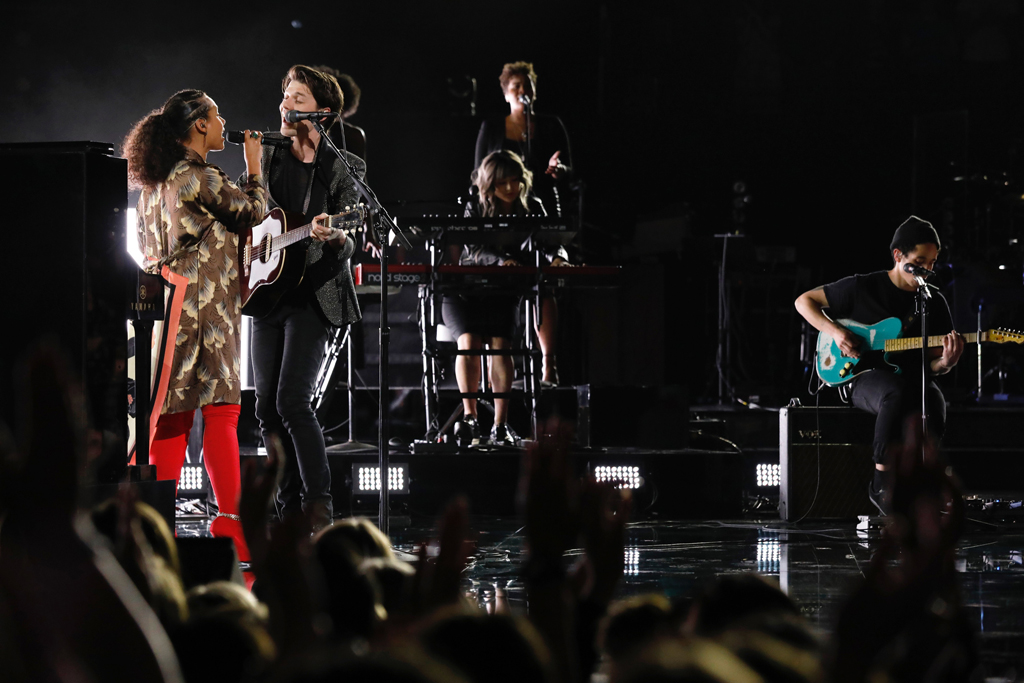 On Tuesday night (May 22), three-time GRAMMY Award-nominated and BRIT Award-winning multiplatinum singer-songwriter James Bay walked on stage during the season finale of NBC’s “The Voice” to perform his latest single “Us.”

Surprising audiences worldwide, Alicia Keys joined him for a jaw-dropping duet of the song. Together they captivated millions around the globe and brought the house down with an immediately trending performance and one of the season’s most talked-about moments.

Check out their surprise performance and hear the studio version of their duet below.