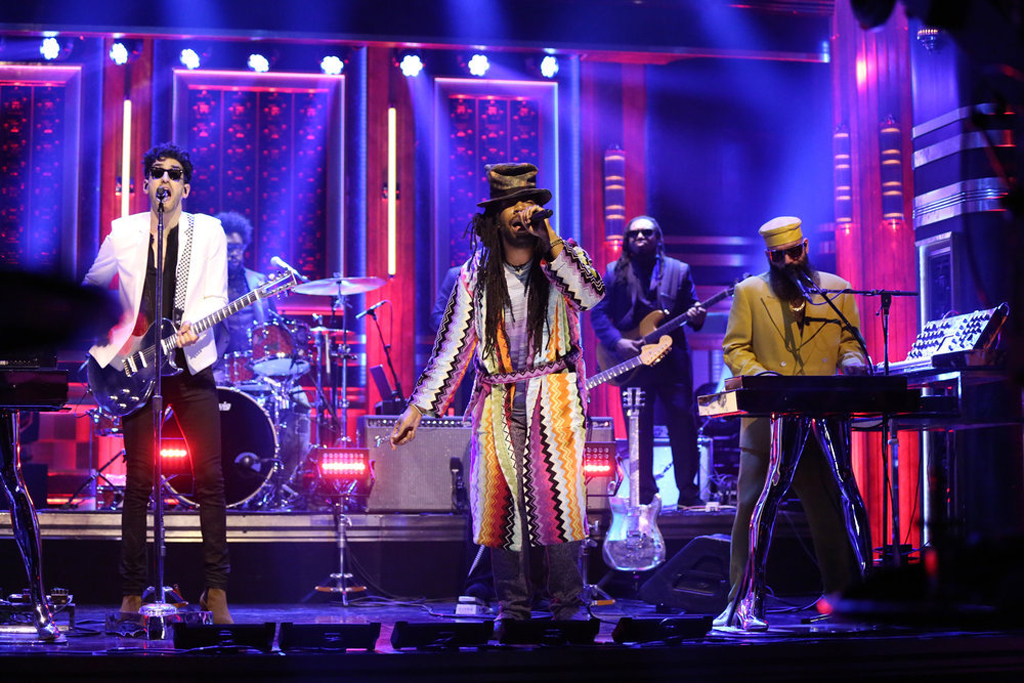 Funk duo Chromeo brought their infectious sounds to “The Tonight Show starring Jimmy Fallon” on Tuesday as the evening’s musical guests. Bandmates David “Dave 1” Macklovitch and Patrick “P-Thugg” Gemayel were joined by singer/rapper DRAM for a performance of their collaborative single “Must’ve Been.”

The party jam is another electro-funk banger from the Canadian duo, who have undeniable chemistry with Big Baby Dram. The Funk Lordz opened the set but DRAM quickly stole the show rocking a colorful hooded robe and floppy top hat. P-Thugg added his signature vocoder to the performance as they sang about getting drunk and high off a new love.

“Must’ve Been” is the second single off Chromeo’s upcoming fifth studio album Head Over Heels, which is due out June 15.

Check out the funky performance below.

John Legend to Lend His Voice to Google Assistant