Directed by his frequent collaborator Sasha Samsonova, the visual is striking and artsy as Gallant performs in a museum like room with sharp white walls. The song’s subject and his muse is played by a model with long white braids coming down over a white lace dress and a thin white serpent around her neck. The two lovers sit and lounge together in various positions while Gallant sings the passionate love song and his lady looks away with an empty gaze.

Speaking briefly about the video’s release Gallant says, “Here’s the video for ‘Doesn’t Matter’ — i’m not gonna say more because long captions make me nervous that by the end of them i’ll learn something about myself that i didn’t want to know.”

Additionally, Gallant has surprised fans again revealing the name and dates of his next headlining tour. The outing, titled “Too Good To Be,” will be supported by artists Cautious Clay and Jamila Woods on select dates.

The tour announcement comes far in advance though, as the trek isn’t scheduled to kick off until mid-October and travel across North America making stops in 18 cities including Atlanta, Nashville, Washington D.C., New York, Philadelphia, Toronto, Montreal, Detroit and more before culminating on Nov. 17 in San Diego.

See the full itinerary below, and watch the “Doesn’t Matter” video above. 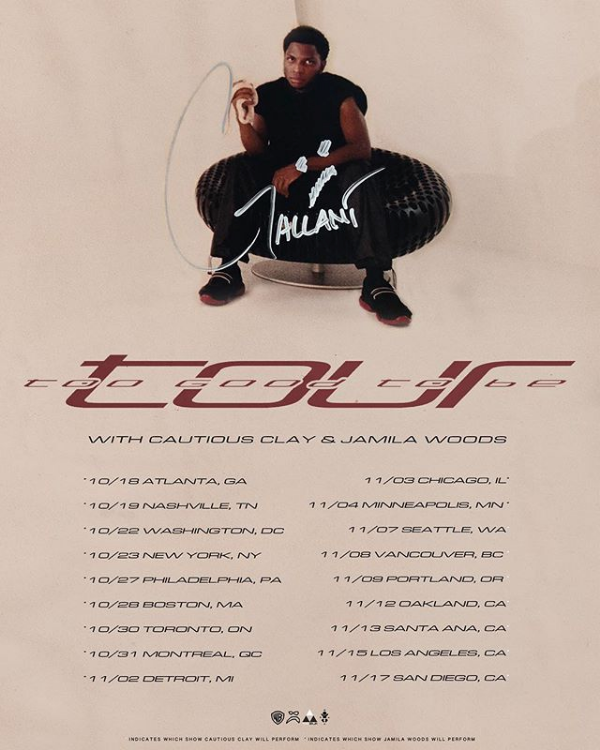 John Legend to Lend His Voice to Google Assistant