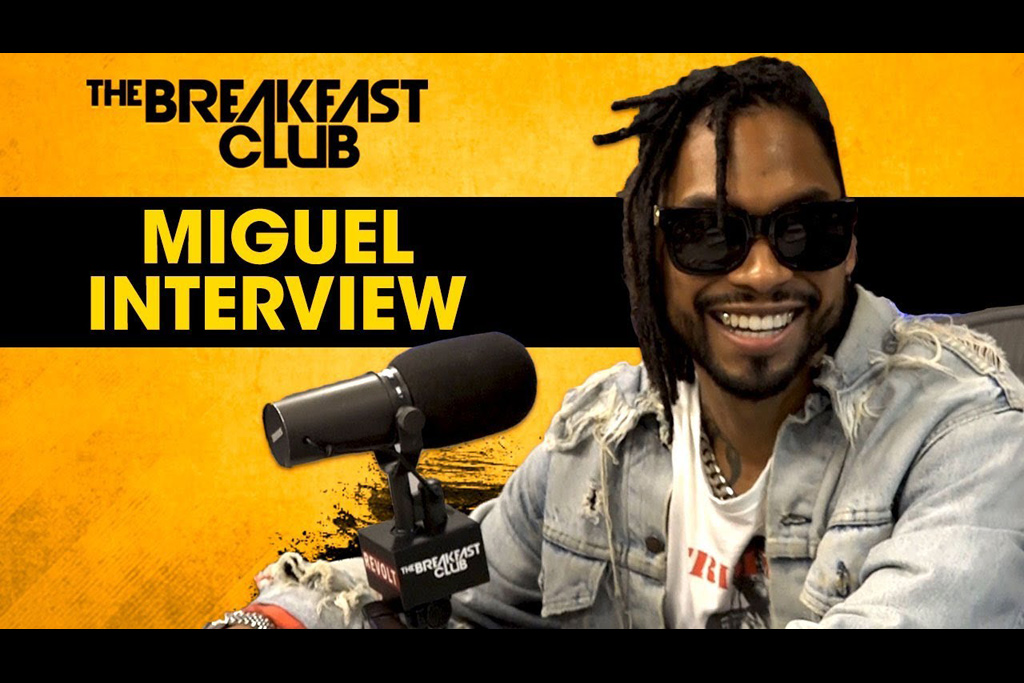 While in NYC this week, Miguel stopped by Power 105.1 for a new interview with “The Breakfast Club.” During his conversation with Angela, Charlamagne and Envy the R&B maverick chopped it up about a slew of topics. Starting with his music, the singer spoke about the diversity of his albums and remaining consistent but advancing his artistry.

Moving into his life, Miguel talks about his trip to Mexico where he connected with his families roots. “That changed my life,” says Miguel. “It made my connection to my family deeper.” Continuing, he explained what he learned about the country where part of his family comes from. He also confirmed that he is doing a full Spanish language version of the War & Leisure album and it’s on the way.

Stepping into the state of the country and politics for a moment, Miguel explained how Trump is a symbol of antiquated thoughts and ignorance. “That’s been the war and leisure of this whole evolution,” he says. “As we’ve grown as a race the conscious is starting to shift and we have to address these things.”

In addition to talking further about his latest album and music, the Los Angeles native shared his love for meditation. He also touched on his relationship and now being engaged.

Listen: Boy Band Next Town Down Make It Look "Easy" With New Single