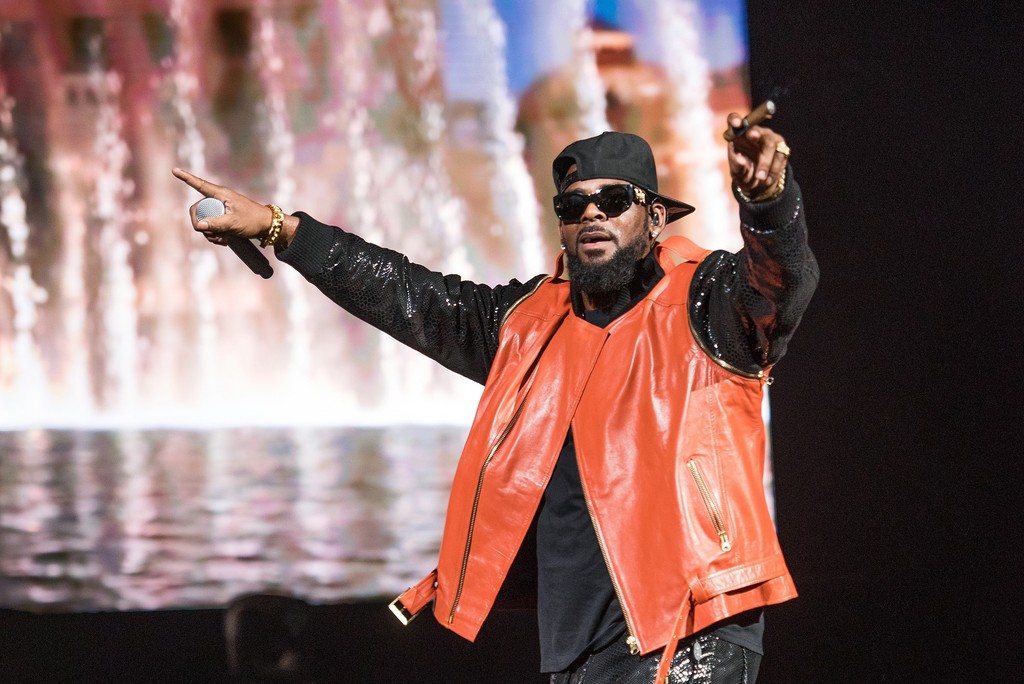 Amid all the recent allegations, R. Kelly is still going strong on the touring circuit with his latest trek the “Memory Lane Tour.” The R&B legend is focused on nostalgia as he brings his catalog of hits and classics to adorning fans city after city.

Kellz latest show will be going down on Friday, May 11 in Greensboro, North Carolina at the Greensboro Coliseum. Since just last week, there have been new reports by The Washington Post and BuzzFeed on the singer’s sexual behavior over his career, plus a Time’s Up campaign to mute his music and corporate sponsorships. R. Kelly and his team have consistently denied the claims and have been calling the protests “unjust and off-target.”

While fans continue to debate and argue on social media about the situation, R. Kelly seems to be focused on touring and doing what he does best, make music. His latest show will be supported by a rising R&B newcomer, Fudg3, who recently released his new single “Elevation” and has been gaining momentum both online and on radio.

The show, which is presented by Ideal Barbershop and Five Star Empire, is set to start at 7:30pm on Friday, May 11. If you are in the Greensboro, NC area, tickets are available now on Ticketmaster.com. 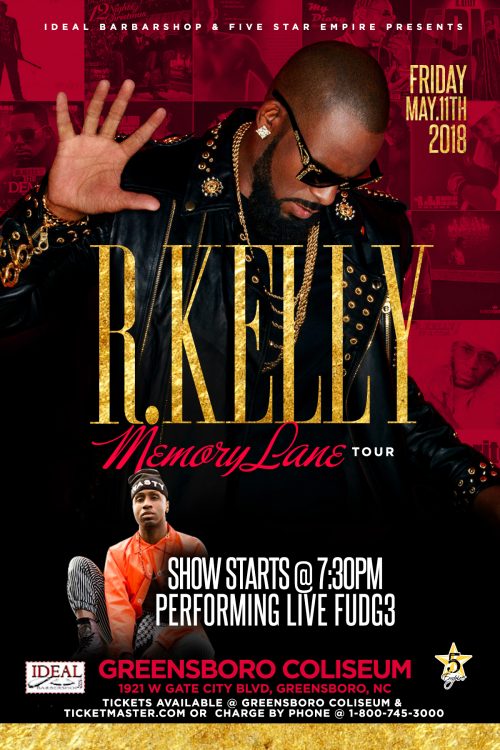