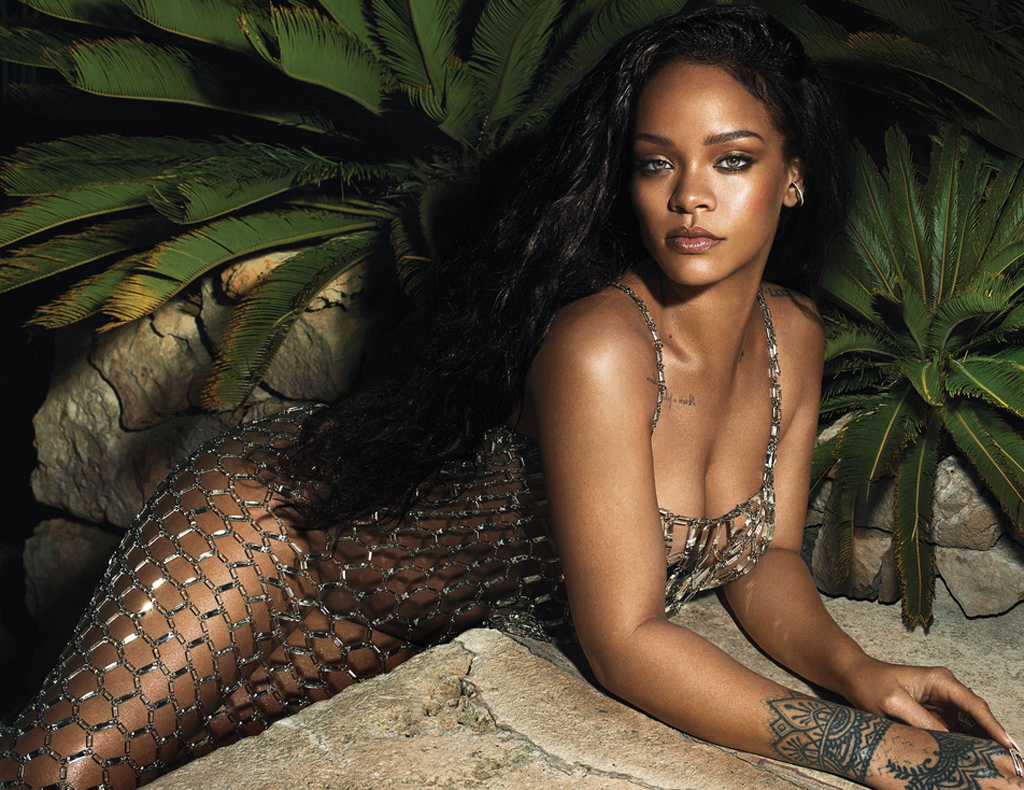 Rihanna is back on Vogue. The June cover girl stuns in the Mert Alas & Marcus Piggott photo shoot and opens up about a variety of topics.

During the rare sit-down interview, RiRi reveals plans for a reggae album. She wouldn’t name any features or producers yet, but the article references one of her collaborators Supa Dups as a possible influence.

Plus, she discusses her relationship with ex-boyfriend Drake, who she is no longer friends with. “We don’t have a friendship now,” she explains, “but we’re not enemies either. It is what it is.”

Throughout the interview, Rihanna also dishes on her new Savage x Fenty lingerie line, body image, and new relationship. Read additional quotes from the interview below.

ON NEW RELATIONSHIP: “I used to feel guilty about taking personal time, but I also think I never met someone who was worth it before.”

ON VACATION: “Even mentally, just to be away from my phone, to be in the moment, that has been key for my growth. Now, when I come to work, I’m all in. Because before you know it, the years will go by. I’m glad I’m taking the time. I’m happy.”

ON FENTY BEAUTY: “As a black woman, I could not live with myself if I didn’t do that. But what I didn’t anticipate was the way people would get emotional about finding their complexion on the shelf, that this would be a groundbreaking moment.”

ON WEIGHT: “You’ve just got to laugh at yourself, honestly. I mean, I know when I’m having a fat day and when I’ve lost weight. I accept all of the bodies. I’m not built like a Victoria’s Secret girl, and I still feel very beautiful and confident in my lingerie.”

ON BEING A ROLE MODEL: “That title was put on me when I was just finding my way, making mistakes in front of the world. I didn’t think it was fair. Now I understand the concept, but at that time I was the same age as the girls who were looking up to me. And that’s a really hard place to be in as a teenager.”

ON HER LINGERIE LINE: “Savage is really about taking complete ownership of how you feel and the choices you make. Basically making sure everybody knows the ball is in your court. As women, we’re looked at as the needy ones, the naggy ones, the ones who are going to be heartbroken in a relationship. Savage is just the reverse. And you know, guys don’t like getting the cards flipped on them—ever.”

ON HER COUSIN’S DEATH: “I really hugged my cousin the night before he died; I didn’t know why. Now each time I hug somebody lately, I hug them like it’s the last time. That may be my biggest life lesson, not to wait on anything, not even tomorrow. Tomorrow is too late in my opinion.”