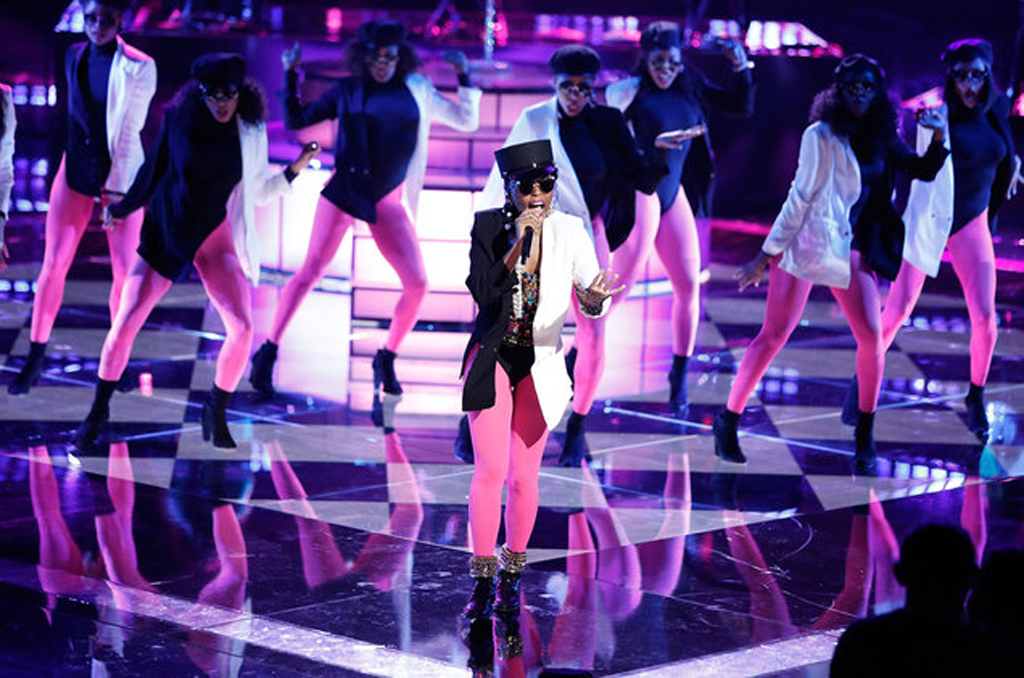 Janelle Monáe and NBC’s “The Voice” received some backlash from middle America after she performed her single “Make Me Feel” on Tuesday night. Many viewers took to social media to complain that the star’s performance was too raunchy for a family television show.

Monáe’s set was in support of her recently released album, Dirty Computer. During the performance, the singer didn’t hesitate to get down and dirty on the dance floor, thrusting her pelvic area back and forth and sliding around the stage.

“You got me right here in your jean pocket / Laying your body on a shag carpet,” Monae sang while gliding on her hands and knees. While the performance did get a little sexual, there were also many Prince vibes.

In the singer’s defense, the track is of the more sexual nature and has even been dubbed an anthem for the LGBTQ community.

Nevertheless, her sexy performance did not go over well with a number of people on social media. Voice fans immediately hopped on Twitter during her set to complain about its suggestive content. Many questioned how NBC let it slide, especially since the show had an 8 p.m. time slot (a notorious slot for family viewings). Others took issue with her back-ups dancer baring too much skin.

Take a look for yourself below.

This article originally appeared on Vibe.

Beyonce's Choreographers Detail How Her Historic Coachella Performance Came Together