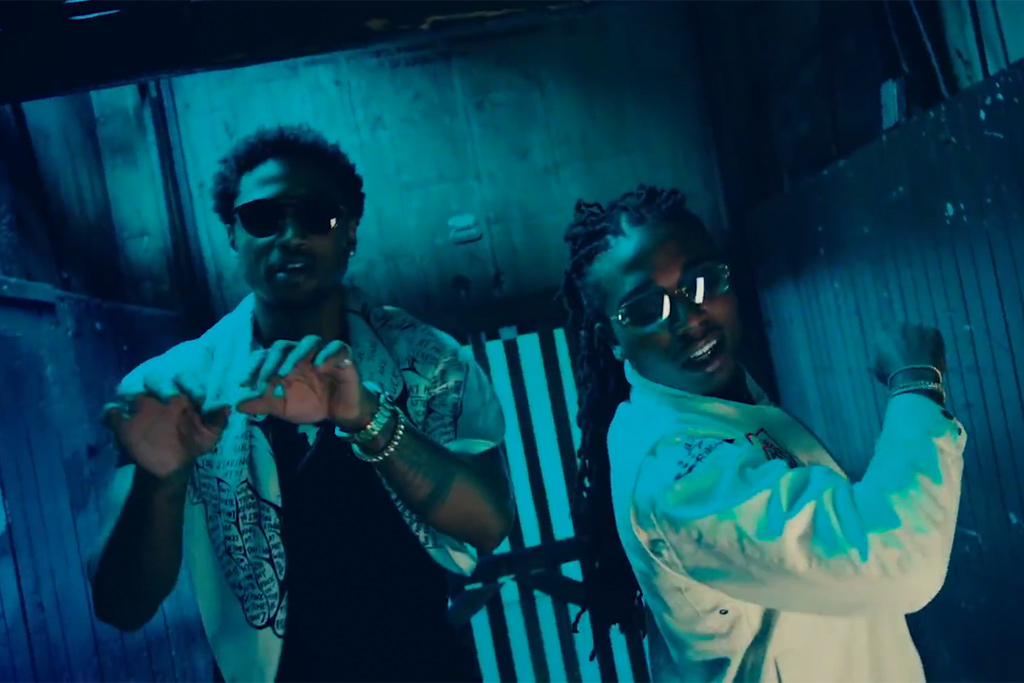 As promised, Jacquees unveils the sexy music video for his brand new Trey Songz-assisted single “Inside.” The headboard shaker in the latest release off the Cash Money crooner’s anticipated debut album 4275, which is due out June 15.

In the Dev Camera-directed clip, Quees and Trigga run into each other at a yoga studio where they are both supposed to be picking up their girlfriends. Upon entering the fitness center, they are greeted by an unknown woman who tells them they are late, and leads Trey into a private area. Jacquees then enters into the yoga room where he gets sweaty with all the beautiful ladies. As the women stretch on their yoga mats and medicine balls, the R&B star towels them off.

Meanwhile, Trey gets some one-on-one attention from two towel-clad ladies who undress him. “Got my face in sticky places go to town,” he sings. “Got my head between your legs / You wrap around that / And when I reach your pretty peach I’ll never drown there.”

Jacquees’ forthcoming debut album 4275 is set to feature collaborations with Chris Brown, Young Thug, Jermaine Dupri, Birdman, Donell Jones, and Xscape’s LaTocha Scott. “Being that it’s my debut album, I just wanted to be honest in my music,” Quees tells Billboard. “I’ve grown and learned a lot and you’ll hear it all in my music. I’ve been in love, fell out of love and been in some really hard positions in life I’ve had to overcome. Overall, I just want people to know I put my heart and soul into this album. I’ve been working on it for four years, so shout out to everybody who put in time with me on making this album a classic.”

Watch the sexy “Inside” video below.