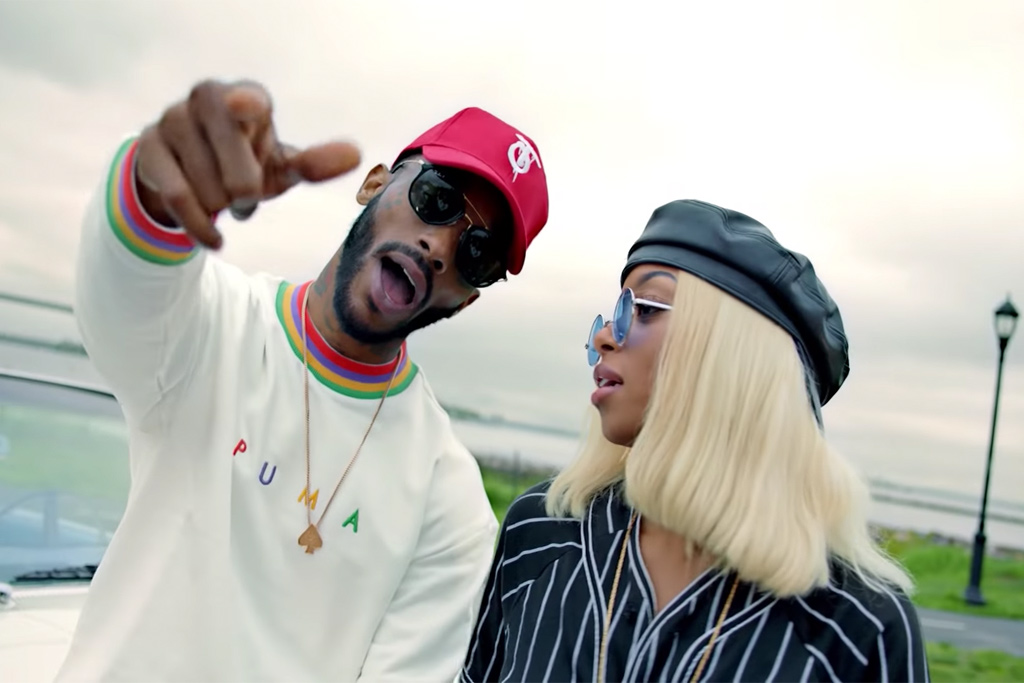 A week after releasing his long-awaited new album WOMAN, the UK’s Angel plays to our ’90s nostalgia with the music video for “Nothing Wrong.” Like the majority of his project, the standout cut is heavily-influenced by ’90s R&B, and includes a slight interpolation of R. Kelly’s “Bump & Grind.”

The retro styled video was shot in New York City and features the singer/songwriter/producer cruising through neighborhood streets in a vintage convertible with his blonde haired female sidekick. Most of the moments are playful as they dance with the record, but a darker scene finds them masked up robbing a corner store.

The dopest part of “Nothing Wrong” actually comes in the middle when the song completely switches into a velvety smooth quiet-storm ballad. Throughout the video, a muppet-like character of Angel dances along, and in the later half the real Angel and his sexy co-star dance in a parking garage while counting their money.

Check out the video below, and if you haven’t heard the WOMAN album yet, listen to it here.

Watch: Next Return with "Want It" Video