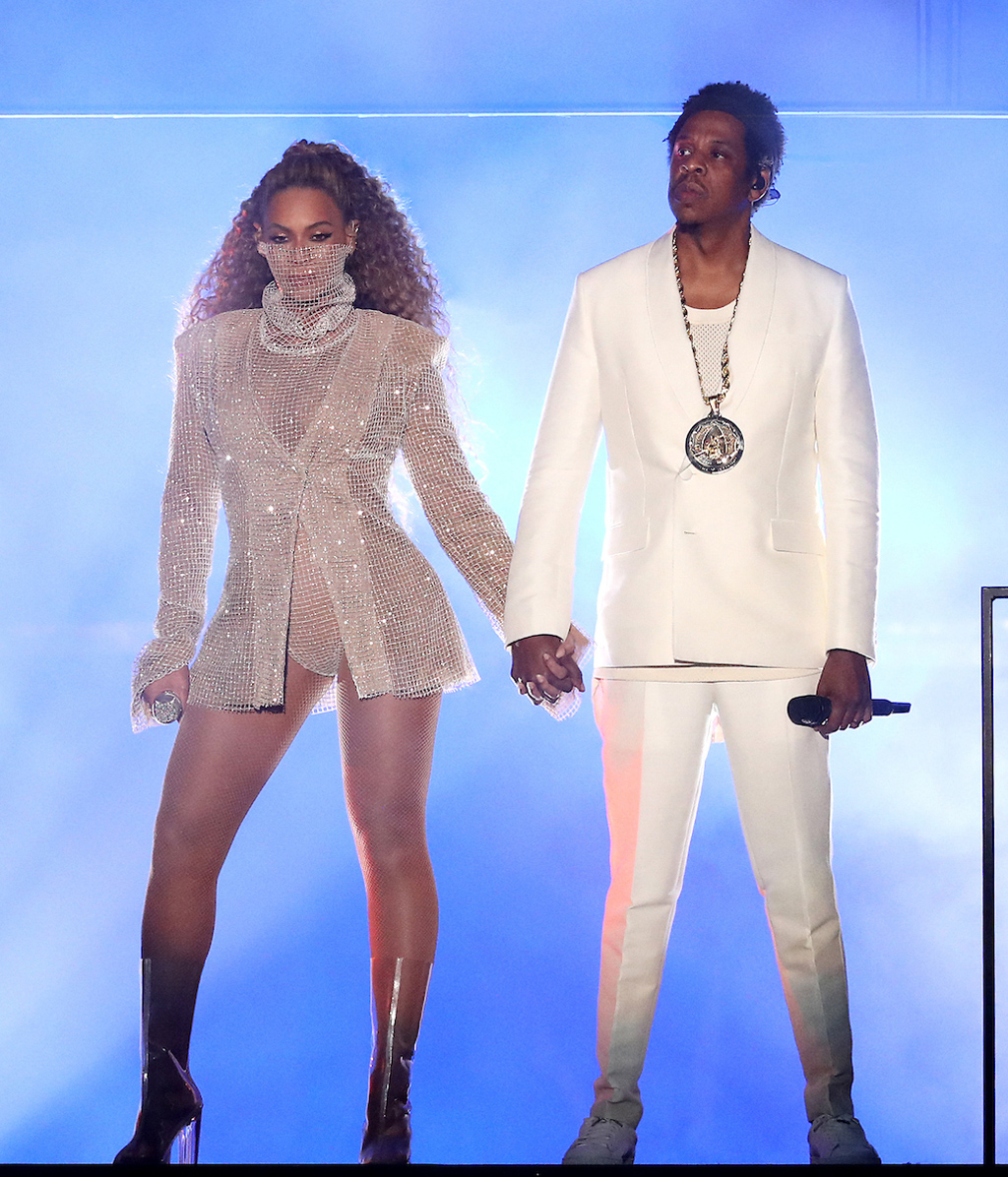 Beyoncé and JAY-Z are back on the run.

The superstar couple kicked off their “On the Run II” stadium tour with a grand showing in Cardiff, U.K. on Wednesday night (June 6). The international trek, a sequel to 2014’s original “OTR,” boasted intimate moments between the Carters on one of the largest stages ever built for a concert tour.

Billed as a “celebration of love, family, and culture,” the epic kickoff featured two catwalks, a floating platform over half the length of the stadium, 26-person vertical orchestra, and 17 dancers. JAY and Bey performed a massive 43-song setlist, mixed with their solo hits and collaborations including “Drunk in Love,” “Big Pimpin’,” “Baby Boy,” “99 Problems,” “Crazy in Love,” and “Family Feud.”

The Carters descended an elevator for the opening, an homage to 2014’s infamous elevator-gate incident. As “Holy Grail” played, Bey stunned in a shimmering outfit and matching mask, while JAY was sharp in an all-white suit. Bey switched up her wardrobe several times throughout the evening, from monogram Gucci boots to cutoff denim shorts to leopard-print lingerie.

The private couple, who celebrated their 10-year wedding anniversary in April, shared never-before-seen footage and photos from their personal archives, including pics of Blue Ivy and twins Rumi and Sir Carter. Bey serenaded Jay with her Ed Sheeran duet “Perfect” while images of the famous family showed on the giant screens. During the “Young Forever” closer, the couple was shown dressed in white at what appeared to be a wedding ceremony, which some speculate was a vow renewal ceremony.

Presented by Live Nation, the “OTR II” tour will stop in 15 cities across the U.K. and Europe before hitting North America on July 25 in Cleveland with special guests DJ Khaled and Chloe x Halle.

Toni Braxton's "Long as I Live" Hits No. 1 on Adult R&B Songs Chart