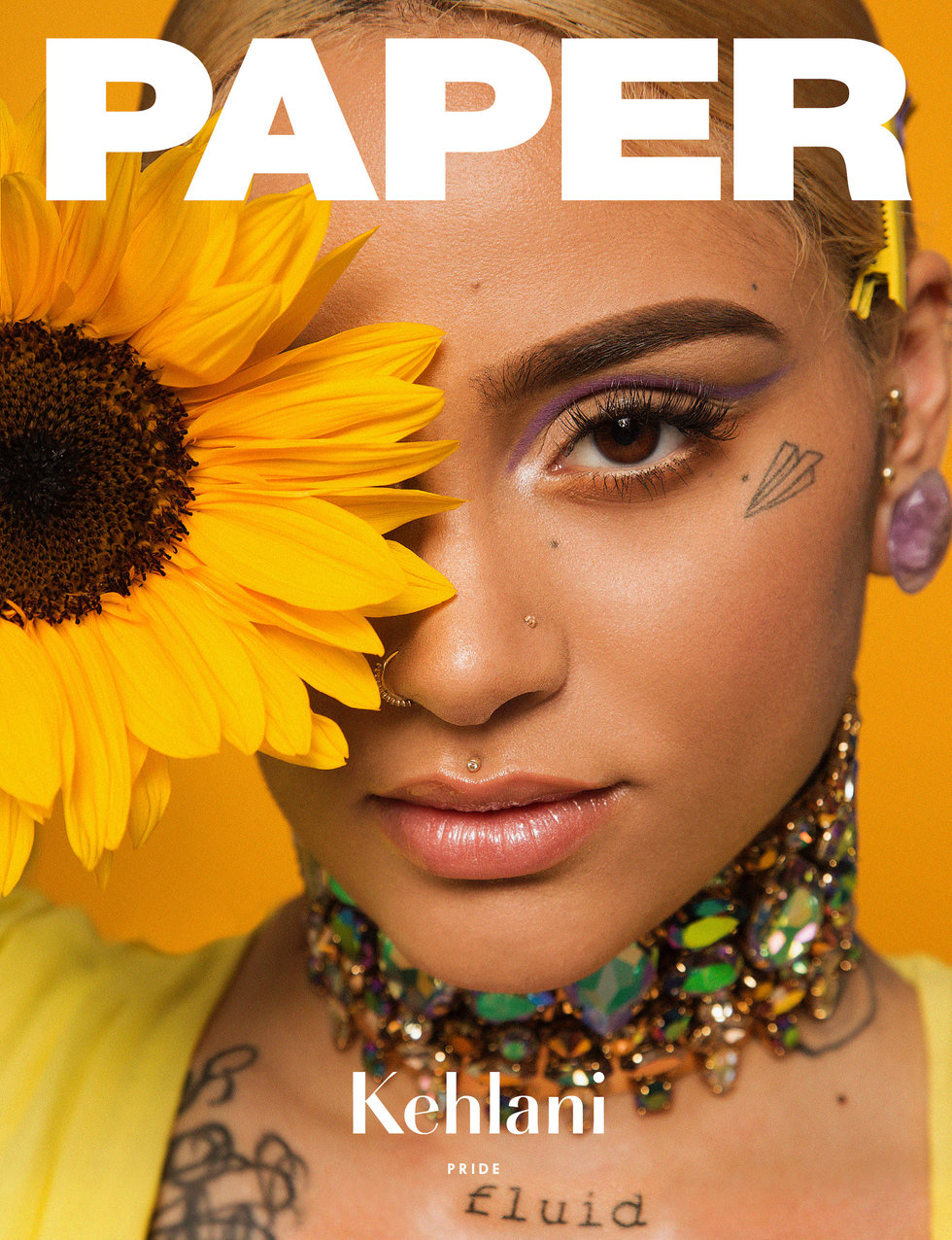 Kehlani is an open book as the cover star of PAPER Mag’s new ‘Pride’ issue. In her brand new cover story, the R&B star shares ‘the softer side of savage,’ a play on the title of her Atlantic Records debut album, SweetSexySavage. Being an openly ‘queer’ artist and fully embracing the term on a personal side has been enlightening for the Bay Area native. During her in-depth and candid interview, Lani touches on everything from the perception of her image, sexuality, being mixed-race, lack of family support, advocating for mental health awareness and much more.

“I like feel people judge me a lot when they see me, because of what I look like,” the 23-year-old tells PAPER Mag’s Claire Valentine. “I get a lot of, ‘Why do you get your nails done? Why some days are you more masculine then you are feminine? People either expect me to be a quote-unquote dyke or femme, and it’s weird to me. Especially when queer people do it to each other, because I think when you truly understand the humanness of queerness, there are no rules to this shit.”

Although she is still young, Kehlani has experienced enough relationships with both men and women where she has learned a lot about the balance of presenting herself as she wants to be, and not overly masculine or feminine.

“I feel like I had to define it: I had to be gay or straight,” she says. “That was a big thing I went through for a long time. I was really butchy in 11th and 12th grade because I just felt, if you like girls, this is what you’re supposed to look and dress like. I wasn’t comfortable with my feminine side. I was definitely like, ‘If I’m touching a girl, she’s not touching me back because I’m the boy.'” She cites the mohawk she’s sporting in old pictures as evidence. “I only wore snapbacks, and it was really intense,” she says, laughing.

“Once I really understood that if someone likes me, they like me for all of me,” she says “I started being myself depending on how I felt that day, not based on who I was dating at the time.”

She’s also had her fair share of exchanges that have made her reconsider her place in the world as a queer, multiracial woman.

Kehlani’s thoughts on pronouns have evolved; where once she thought using them at all in her songs distracted from the music, now she appreciates the need for queer visibility in art. “I didn’t want to be like, ‘Well, this is the gay artist,'” she says. “Now I’m like, ‘I’ll be the gay artist! I love it!’ I stopped being scared of letting it define me, because it does define me. It is who I am. If you look up my name in a dictionary, it’ll probably say Gay Ass next to it. I’m all for it.”

Beyoncé & JAY-Z Kick Off "On The Run II" Tour