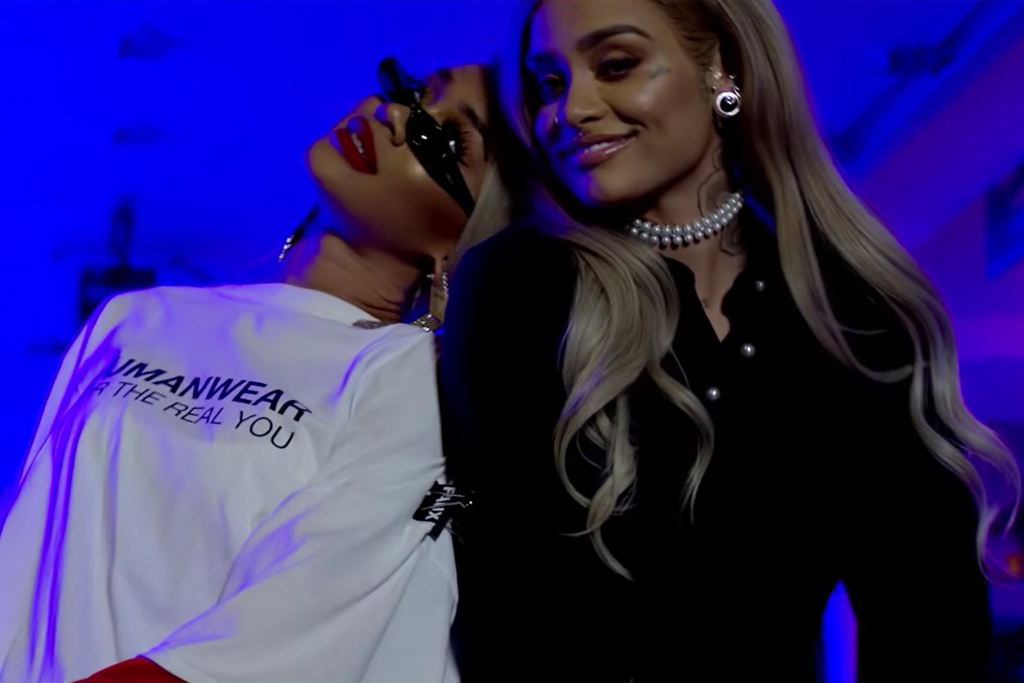 Kehlani links up with buzzing Bay Area rapper Saweetie in the braggadocious video for the “ICY GRL (Bae Mix).”

Shot at a mansion in the Hollywood Hills, the Stephen Garnett-directed clip opens with Saweetie in bed with a puppy before eventually meeting up with Kehlani at night. Swagged out in their icy gear, the ladies boss up while rapping in front of Porsches.

“I was super grateful,” Saweetie tells Rap-Up of working with Kehlani. “I loved her verse. Fans love it. We’re both from the Bay Area, so I think that it was dope.”

The original “ICY GRL” can be found on Saweetie’s debut EP High Maintenance. You can catch the model-turned-rapper on her “So Icy Summer Tour,” which travels across the U.S. and Europe through August.

Future, PARTYNEXTDOOR, & Trevor Jackson Link Up in "No Shame" Video