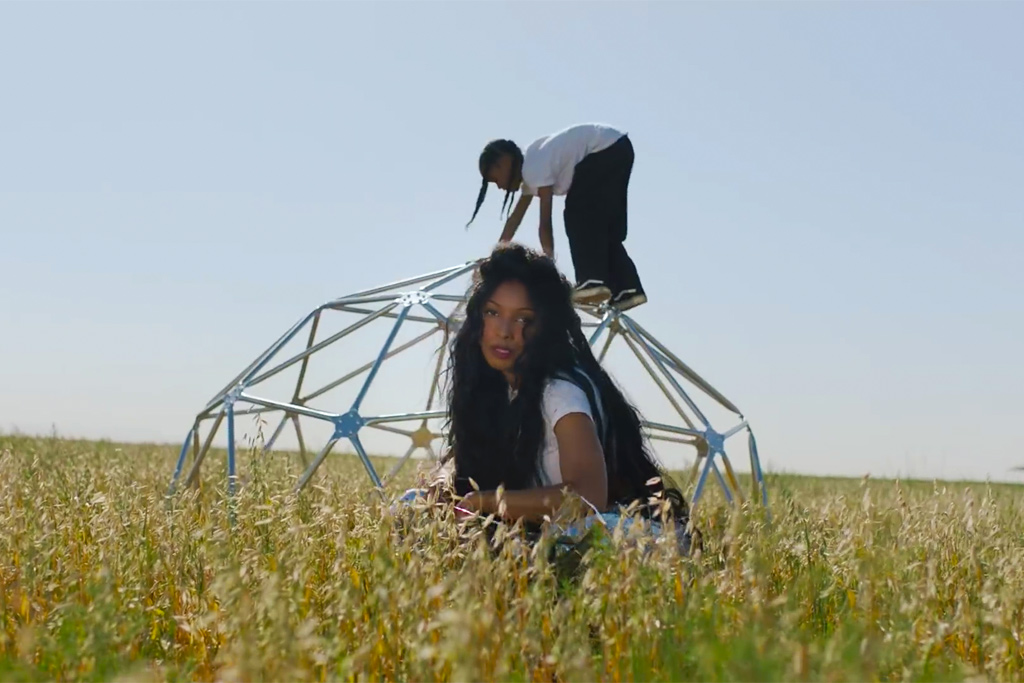 Come home, Diana Gordon is waiting. The singer-songwriter has released a playful, heartfelt music video for her brand new single “Kool Aid.” Using the summertime beverage as a metaphor, Gordon recalls the emotion of being a parental figure at a young age while projecting the comfort she still wants to provide her younger siblings.

In the video, which she co-directed with Billy Walsh, Diana is joined by a couple of adorable co-stars who portray the roles of the children she helped raise, whom are encouraged to never forget the love she has for them.

“Thank you to the beautiful team of amazing souls who helped me bottle innocence and art and put it into a video,” Diana wrote on Instagram. “Thank you to the kids, Kaity and Seijani, my starsssss. They brought all the magic.”

Seated on a moss covered love seat, she strums away on a moss covered guitar wearing a cowboy hat and boots, with a cow hide colored jacket. In additional scenes, she performs on piles of garbage, and stirs up a giant portion of Kool-Aid in a kiddie pool.