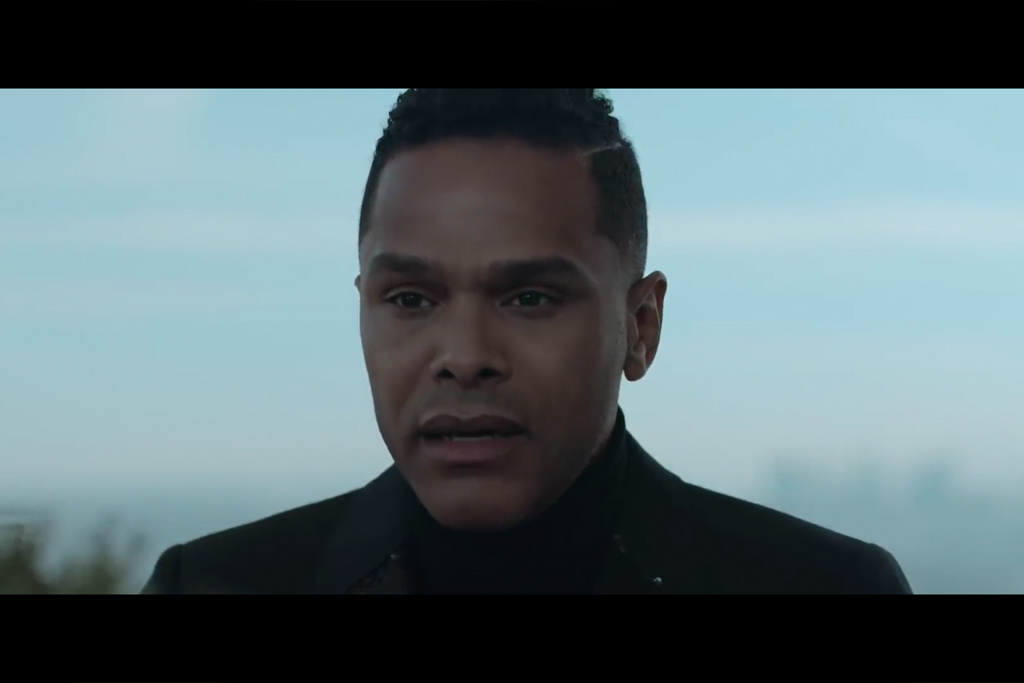 After debuting the video exclusively on Tidal, Maxwell has released the “The Glass House (We Never Saw It Coming)” visual for fans on YouTube. The cinematic clip opens with an emotional conversation between the crooner and his pregnant wife. As he delivers the somber song, the woman heads to the kitchen to prepare tea. The uncertainty of the situation is brooding as Max looks out the window of their glass Los Angeles home.

“Blindsided by them / Recording as I stare / The cross is burning,” he sings. “No chance to overcome / I feel them parking / I guess my night has come / Is this real? / No restitution / I am here falling in circles / Sorrowfully I fall / We never knew at all / We never saw it coming.”

When the woman returns to join him she is carrying a young child. Together, they stare out of their large windowed walls at the city of Los Angeles, and in a flash it begins to explode. A devastating outcome seems headed their way as they grip each other tightly and the credits roll.

Maxwell has been touring steadily since the release of his long-awaited 2016 album blackSUMMERS’night, while letting fans know that the final chapter in his trilogy ‘blacksummers’NIGHT‘ is coming soon. It’s unknown if this song is from the album, a separate project, or a random single.