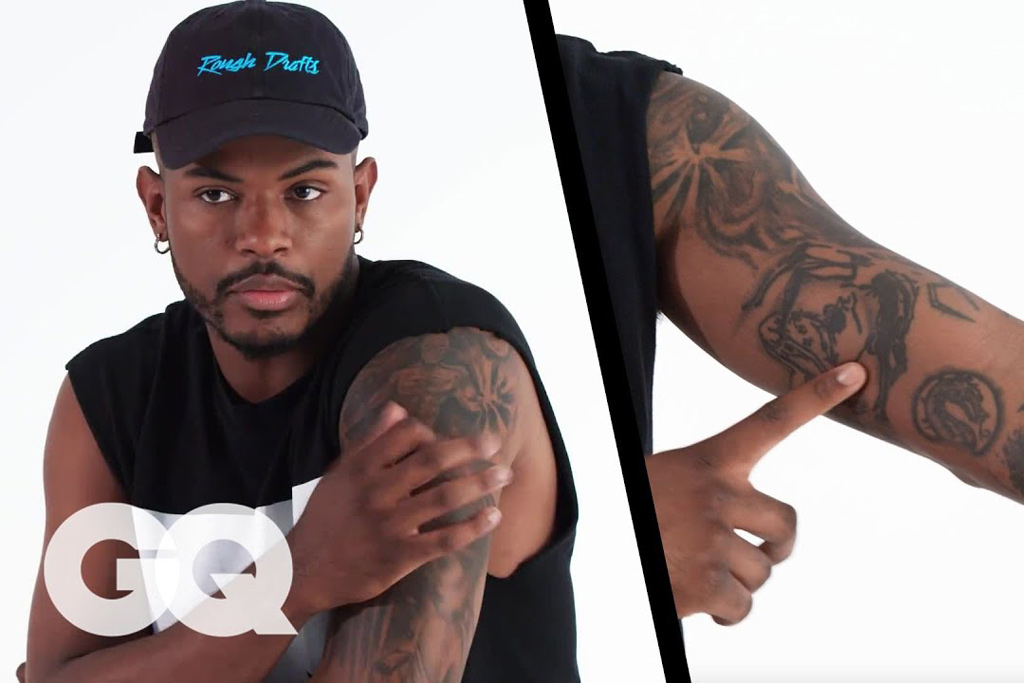 Trevor Jackson believes in contrast. The multi-talented entertainer uses his body as one way to express balance with the left half of his body as a canvas. This week, his new movie SUPERFLY hit theaters and with his recent album Rough Drafts, Pt. 1 already out, the singer/songwriter has been on a heavy promo run.

Jackson recently visited the GQ offices and filmed a special video where he shows off his tattoos and talks in detail about why each piece of ink is special to him. The Indiana native was 18 when he got his first tattoo, a bible verse written in his mother’s handwriting. The body art that followed primarily highlights characters that inspire or speak to him in various ways, along with some video game tributes.

Trevor’s left arm displays the Mortal Kombat logo, Silver Surfer (his favorite superhero), and the aliens from ‘Toy Story,’ among others. Each commemorate a period in his life or represent motto’s that he lives by.

SUPERFLY is in theaters now! See Trevor talking about his ink below.