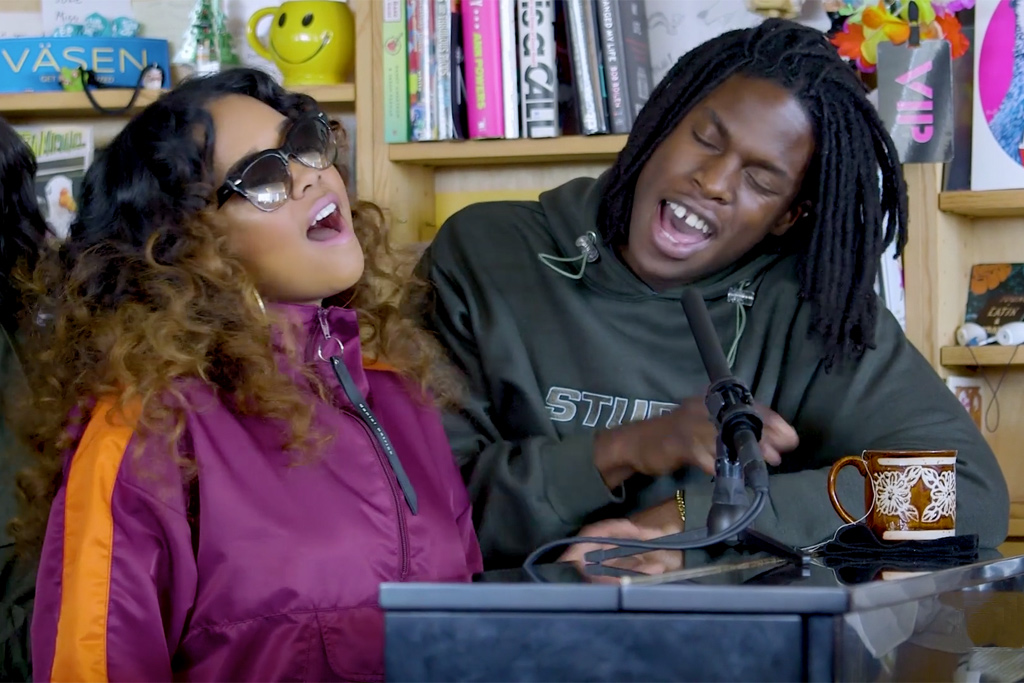 When we think about NPR’s ‘Tiny Desk’ performances it conjures up feelings of soul-stirring, transformative moments by genius talent. It’s typical to receive goosebumps at various points during each set when a pure vocalist is at the mic. Providing an exact display of that description is what Daniel Caesar delivered with his recent performance at NPR’s home office.

The soulful, Canadian crooner is still hot off his “Freudian World Tour” and recent Juno Awards performance with Jessie Reyez, and Jimmy Kimmel Live! performance with H.E.R. But for his ‘Tiny Desk,’ Daniel had another concept in mind. There’s not a lot that can be created at the in-office setting, but the singer-songwriter and his musical director, Matthew Burnett, had a clear vision to make it as intimate as possible. Congregating around a standup piano, Caesar, Burnett, 2 musicians and 3 background singers, captured the vibe of a late-night jazz lounge.

For his 3-song set, Daniel performed his three most-streamed songs “Japanese Denim,” “Get You,” and “Best Part” featuring H.E.R., which to the delight of the audience and viewers included a surprise appearance from the buzzing songstress. Whether it’s Daniel and his backup singers (Camille Harrison, Danah Martin and Nevon Sinclair) or him and H.E.R., the harmonies are as rich as they can get.