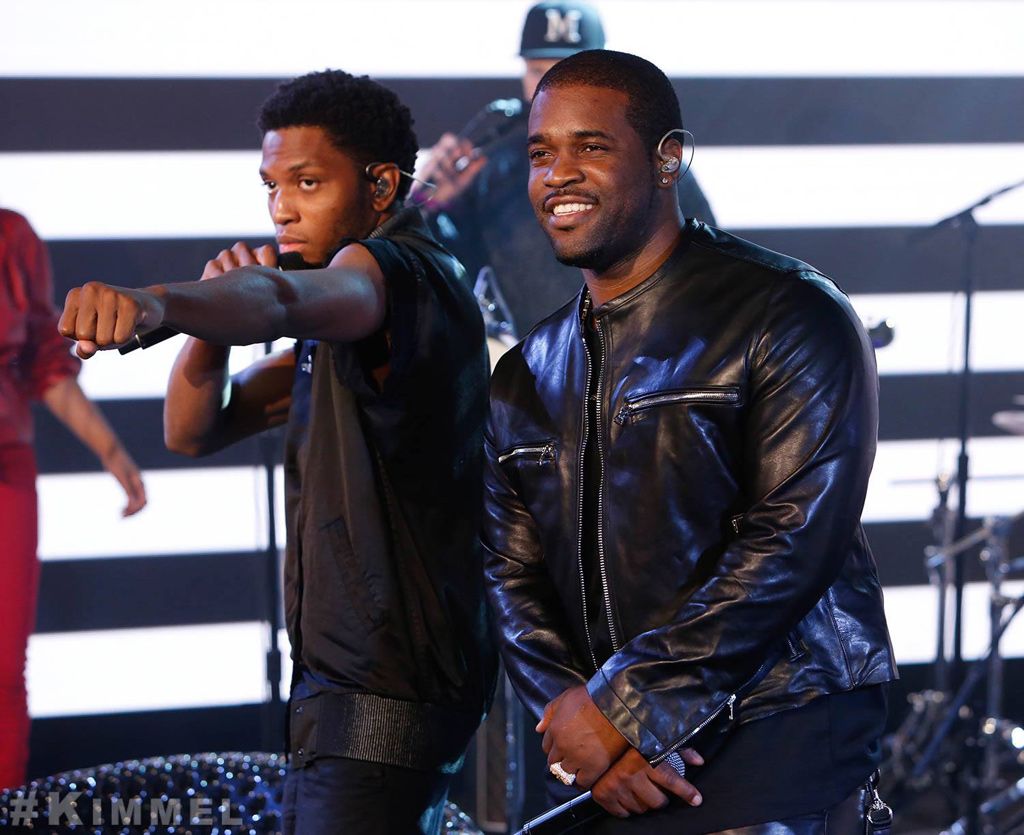 Gallant was the musical guest on Wednesday night’s (June 13) episode of “Jimmy Kimmel Live!” and he had a surprise in store for his fans. The R&B vocalist was joined by rapper A$AP Ferg as they debuted the official remix to his latest single “Doesn’t Matter.” The Harlem spitter opened their set on the indoor stage before Gallant jumped up from his seat to belt out his first verse. Backed by four female singers and 3 musicians, the crooner wormed around the stage with some gyrating moves.

“If this love’s an accident waiting to happen, let’s go out with a bang,” he sings. “I’m up to go under, to drown with each other / Yeah, we both feel the same.”

Ferg stayed around to help hype up the crowd as they sang along with the powerful, anthemic chorus.

“Doesn’t Matter” is the second release off Gallant’s much-anticipated sophomore album, which is expected later this year. In addition to the album, the singer-songwriter will be hitting the road on the “Too Good To Be Tour.” The fall trek is scheduled to kick off October 18 in Atlanta and travel across North America making stops in 18 cities including Nashville, Washington D.C., New York, Philadelphia, Toronto, Montreal, Detroit and more before culminating on Nov. 17 in San Diego.

Watch Gallant and Ferg’s performance on “Kimmel” below.