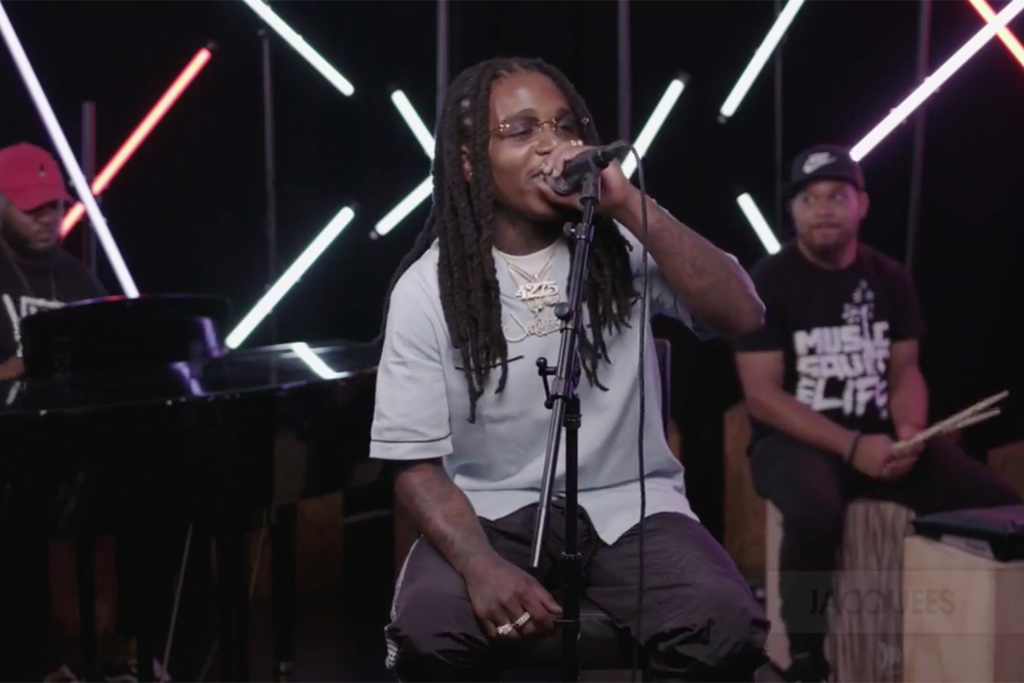 With his anticipated debut album 4275 due out on Friday (June 15), Jacquees has been making promo rounds this week. On Tuesday (June 12), the Cash Money crooner stopped by Billboard to give an acoustic performance for their ‘Billboard Live’ series, which they publish on Facebook.

Joined by a keyboardist and percussionist, Quees treated fans to a special set of records off his album, including the debut of a previously unheard track. The Atlanta native opened his set with the brand new song “London,” which he simply titled because he penned it during a previous trip to the U.K.

“Girl you’re my machine / Body on the counter legs in the wind,” he sings. “If I get in the shower will you get in? / We can debate for hours, come out I’m here / We ain’t got to cuddle up / ‘Cause I don’t want you to give something I can’t give / We ain’t got to call it love / But girl you know exactly how we feel.”

Jacquees’ debut album, 4275, is set to feature collaborations with Chris Brown, Young Thug, Jermaine Dupri, Birdman, Donell Jones, Jagged Edge, and Xscape’s LaTocha Scott. “Being that it’s my debut album, I just wanted to be honest in my music,” Quees told Billboard. “I’ve grown and learned a lot and you’ll hear it all in my music. I’ve been in love, fell out of love and been in some really hard positions in life I’ve had to overcome. Overall, I just want people to know I put my heart and soul into this album. I’ve been working on it for four years, so shout out to everybody who put in time with me on making this album a classic.”

Watch his live performance below.

Brent Faiyaz Talks Growing Up In Maryland, Love For Fashion, and What’s Next