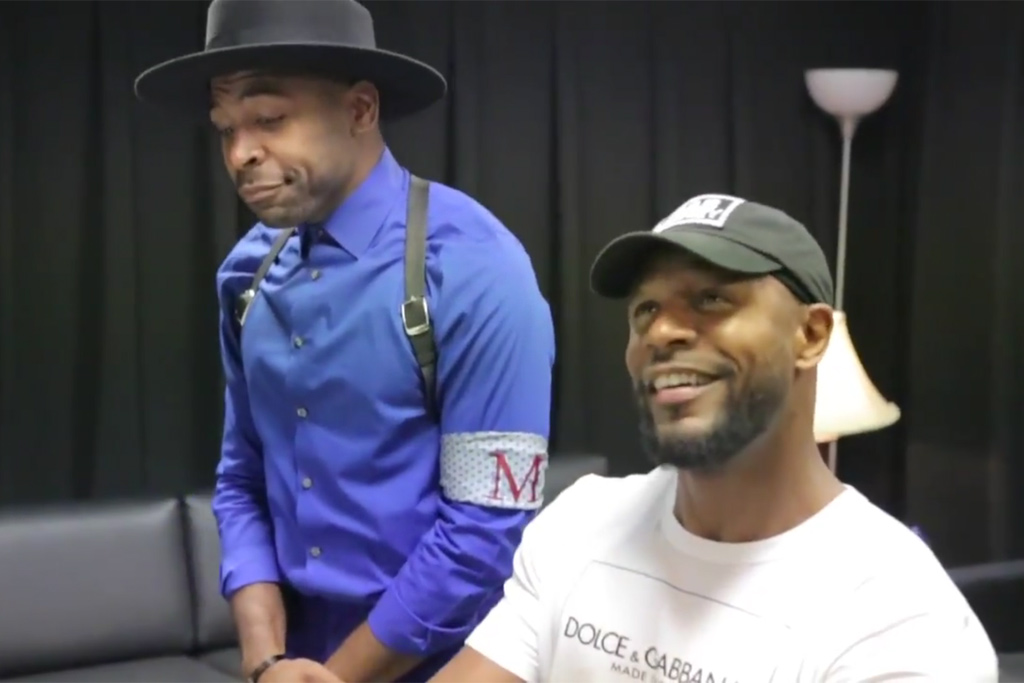 R&B crooner MAJOR. recently opened for Tank at a show in Raleigh, North Carolina. Following his performance the singers connected backstage where they celebrated each others vocal talents with an improv performance in the dressing room.

With Tank at the keys playing some gospel chords, MAJOR. proceeds to update him on how the people in the audience “Holler’d A Lot!”

Check out the playful musical moment which was caught on camera below. MAJOR. just recently released his new single “Better With You In It,” off his forthcoming album, Even More, which is due out this summer. Tank is still touring heavily in promotion of his No. 1 hit single “When We” and 2017 album Savage.