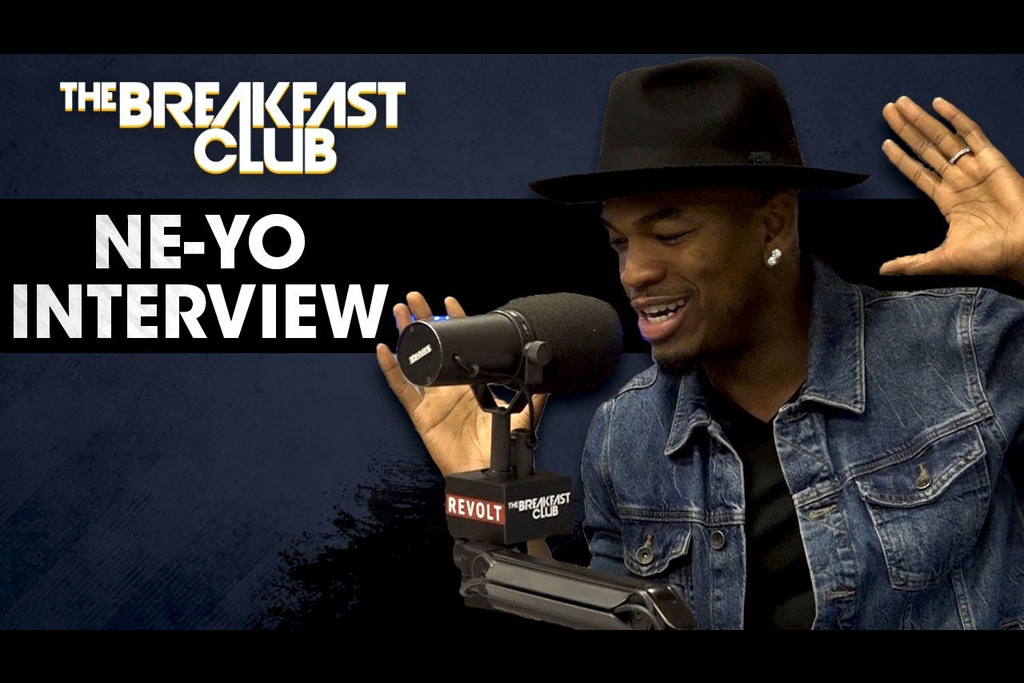 Keeping up with the promo run for the release of his brand new album, Ne-Yo paid a visit to Power 105.1 in New York for an interview with “The Breakfast Club.” The R&B crooner has been a friend of the show for many years and never holds back from addressing any topic brought his way. Opening the conversation about his new album Good Man, and the inspiration for the title, they talked about how some fans were coming at him to apologize in unrealistic ways to past girlfriends. Moving on to his family, wife and new baby, Ne-Yo shared some very personal complications that happened with his wife’s first pregnancy and how they have been dealing with this one.

At one point DJ Envy asked him straight up, “Do you still love music?” Which, Ne-Yo quickly acknowledged with a yes, but he “hates the game.” Explaining his reasons, he says, “anything artistic, when you had commerce to it, it hollows it out.” He also talked about the music landscape today in regards to having to release music so often to basically stay relevant, which makes it disposable.

Continuing on in the conversation about music, the singer/songwriter spoke about the importance of R&B music remaining in the mainstream, the trend of singing in a rap style, his favorite song, writing for movies, how he learned how to write songs, and much more.

The Internet Break Down New Single "Come Over" on Genius' 'Verified'