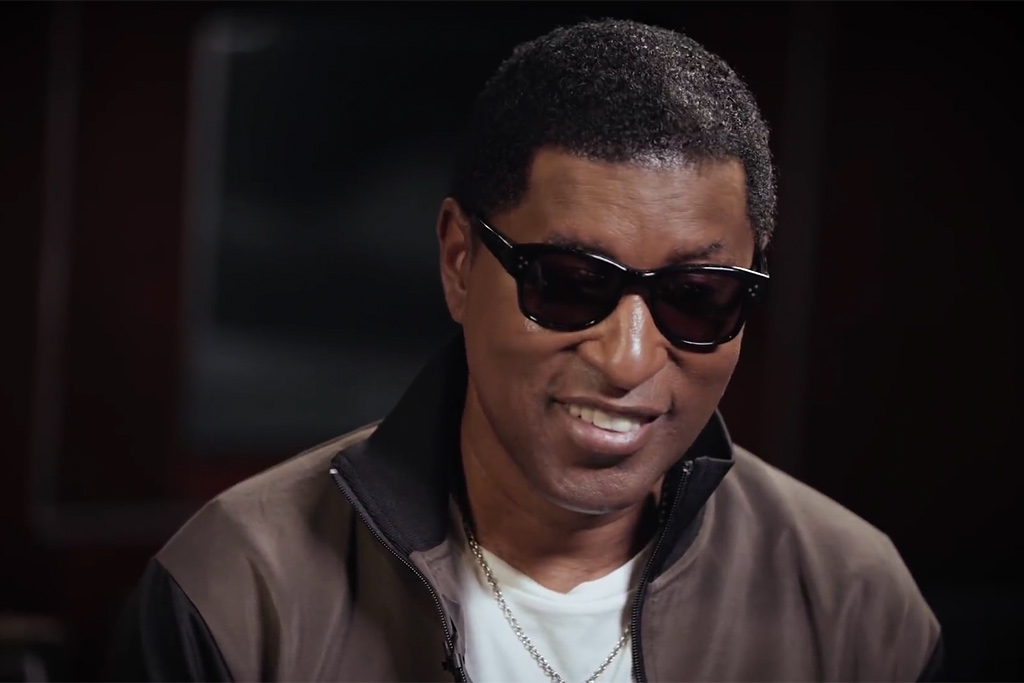 Kenneth “Babyface” Edmonds is one of the most prolific songwriters of all-time. Over the course of a career beginning in the late ‘70s, he has earned 11 Grammys while writing and producing over 26 No. 1 R&B hits. Babyface recently drew on his experience as the co-founder of LaFace Records to start a new music publishing group called Good Vibes. To discuss the new venture and his storied career, Babyface invited Genius’ Rob Markman to his Brandon’s Way studio in L.A. for the latest episode of “For The Record.”

“It’s a thing that I’m doing with my partner Jason Murray,” Babyface tells Genius about Good Vibes Music Group. “Since I met Jason, I’ve been going out and doing more writing, co-writing, than I’ve done before… It just kind of inspired me to find other, younger writers that are still wanting to write music, and care about lyrics, and care about melody, so we kind of decided to go after it, and this is the beginning of it.”

Babyface also explains how he tricked a promoter into granting an interview with The Jackson 5 as an eighth-grader. “It was a bunch of Charles Williams [in the phone book], and I called every one of them,” he remembers. “I reached him and then I kind of just hung up, and then I called back probably about 30 minutes later. I called as a guy named Mr. Clayton, which was my journalist [sic] teacher in school. He actually just taught English, I just called him a journalist teacher. So I used his name, and I used a voice that I used to impersonate all the time.”

Elsewhere in the discussion, Babyface gave his thoughts on Kanye West using a paparazzi photo of Whitney Houston’s drug-infested bathroom on the cover of Pusha-T’s most recent album DAYTONA. “It’s something that actually happened, and the truth is, you can’t whitewash it,” he says. “Maybe it was in bad taste, but at the same time, it was a reality, and a reality that is kind of a warning sign to younger artists, is that that’s what can happen. This is what can happen if you go down that road.”

Watch the full interview with Babyface below.