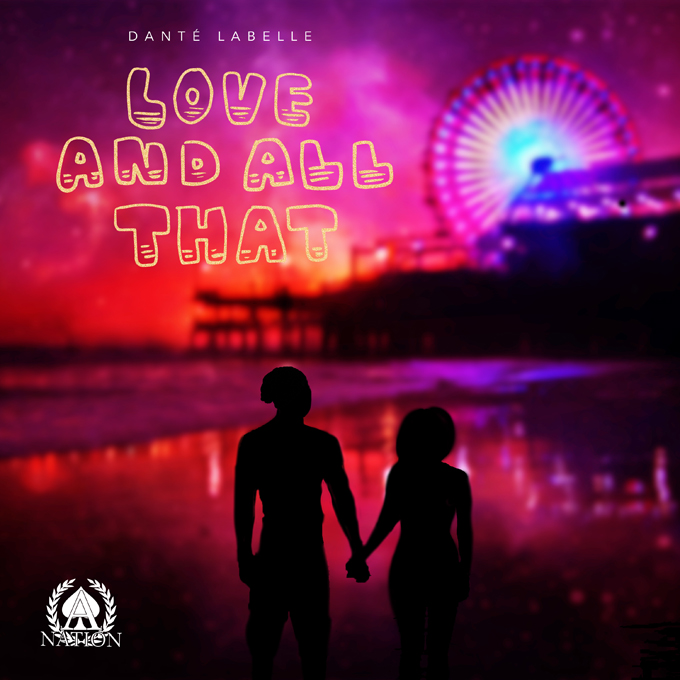 Emerging indie artist Danté LaBelle makes his official introduction with the premiere of his debut EP, Love and All That. The self-described “Prince Of Urban Pop,” is a 24-year-old singer/songwriter/producer hailing from Long Island, New York.

Love through a pop/R&B lens is the foundation of the 8-track project, as LaBelle is immersed in his affections for romance in various situationships. “Baby you’re a dime in a dozen / And chasing you is worth it so far,” he sings on the song “This is Love.” The EP is a journey filled with feel-good electro-pop production that is infused with the vibes of finding and nurturing love through Danté’s experiences.

“The ‘Love and All That’ EP is insight to my early experiences with romance and heartbreak in relationships I’ve been in,” explains Danté LaBelle. “This is also for my listeners to relate to.” His relatability comes from humble beginnings, raised in a large family in Uniondale, New York with talent development in his church.

Danté began his singing career at the age of ten after being inspired by a Michael Jackson concert he watched on television. This newfound love of music and dance moves led LaBelle to use the computer program GarageBand to create his own unique beats which he then sang over.

At the age of eleven, Dante performed in front of large crowds when he joined the church choir, and soon enough, the choir’s leader saw potential in him and began offering him leads and solos. After seeing positivity come forth through his singing, LaBelle began writing and performing his own original music at church, further testing his capabilities.

On Love And All That‘s opener “Promise,” the crooner uses different vocal effects to add layers and character to the love-infected pop banger about a new hook-up. “Cause baby I promise it will be worth it,” he sings. “Even though it’s short lived we gon’ live it up.” The feel-good party vibes continue on “Satisfied” as he encourages his love interest to leave the guy she’s with and lean his way. “Baby we should talk about this / Didn’t I give you more than him?” he asks. “Thought that we were more than friends / Friends with benefits (friends with benefits) / Baby we can go all night / This round we can take our time / Ain’t no need to rush on out / ‘Cause the truth of the matter is, he ain’t gon’ love ya.”

The EP’s title track and closer is ready for summer heat playlists with it’s synth-heavy, dance floor-ready production. “I’m only here for you / So I’m down for love and all that,” he sings with powerful conviction.

Love and All That is available on iTunes and all digital music services here. Stream it below via Soundcloud now, and look out for much more from Danté LaBelle in the near future.

For more info visit www.dantelabellemusic.com and follow him on social media (see links below)