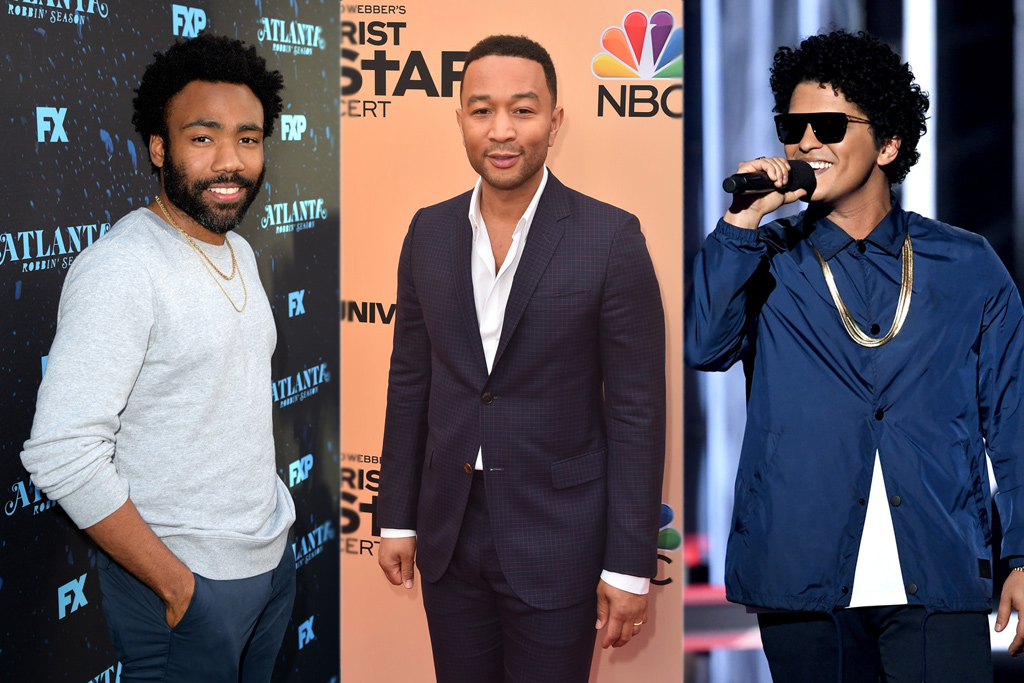 Some of music’s biggest names including Donald Glover, John Legend, and Bruno Mars are among the nominees for the 70th annual Primetime Emmy Awards.

John Legend scores a nomination of his own for Outstanding Lead Actor in a Limited Series or Movie for his role as Jesus in NBC’s “Jesus Christ Superstar Live in Concert.” If he wins, he will earn the coveted EGOT, having previously won a Grammy, Oscar, and Tony.

Bruno Mars receives his second Emmy nomination for Outstanding Music Direction as the Music Director for his CBS special “Bruno Mars: 24K Magic Live at the Apollo.” He was previously nominated for his performance at the 2014 Super Bowl XLVIII Halftime Show.

The 70th annual Primetime Emmys will air Sept. 17 from the Microsoft Theater in Los Angeles.